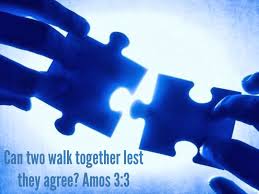 On this fourth Sunday of Lent we celebrate reconciliation. This word has a couple different meanings, but in today’s readings those differences are reconciled. The first meaning is “to restore friendly relations; to coexist in harmony; to make peace.” The other is from Accounting 101: “to make one account consistent with another, especially by allowing for transactions begun but not yet completed.” Humanity’s relationship with God began at our creation but was interrupted by our abandonment of him and his teachings. We suffered the consequences of straying from Eden’s path by becoming slaves to humanity’s desire to lord power over others.

In his mercy, God has sent ambassadors over the years to reconcile this incomplete relationship between him and us. Our first reading (Jos 5:9a, 10-12) takes place after God saves the Israelites from their slavery in Egypt. During the 40-year desert journey out of Egypt they were sustained by manna from heaven because nothing on the no-man’s land they traveled could sustain them. God’s ambassadors, first Moses, then Joshua, led them out of that slavery to a land flowing with milk and honey. God shed his grace on them in prodigal fashion.

“On that same day after the Passover, on which they ate of the produce of the land, the manna ceased. No longer was there manna for the Israelites, who that year ate of the yield of the land of Canaan.”

But even after inheriting such a fruitful land, this transaction was still not complete because humanity continued to stray from our Father. Continuing His prodigal generosity, He lavished on us yet another chance, delivered by His Son and our brother. This time it’s all or nothing, as Ambassador Paul explains in his letter to the Corinthians (2 Cor 5:17-21):

God was reconciling the world to himself in Christ, not counting their trespasses against them and entrusting to us the message of reconciliation. So we are ambassadors for Christ, as if God were appealing through us. We implore you on behalf of Christ, be reconciled to God.

Jesus brought both the human and business definitions of reconciliation to life in his story of the Prodigal Son from today’s gospel reading (Lk 15:1-3, 11-32). Fittingly, the original audience for this story was made up largely of tax collectors. However, all of humanity plays the title role in this tale. Our character is called prodigal because, like the formerly enslaved Israelites and the generations that followed them, he recklessly squandered the inheritance he demanded from his father. Like the word reconcile, the word prodigal has two definitions, both of which apply to today’s readings: to spend recklessly and to give generously. This father was extravagantly generous with the celebration he ordered when this reckless son came back to reconcile with him. Even though this child abandoned his father, the father never lost his longing to restore their loving relationship. All this son had to do was ask.

Jesus knew abandonment thanks to his disciples’ neglect and fear during his passion and death. Like the Prodigal father, Jesus is eager to complete our unfinished business and restore the legacy we’ve squandered over the centuries. All we have to do is ask and we will receive prodigiously.