For beings with free will, we of the human race are pretty predictable. This is especially evident in the readings for this Palm Sunday. They indicate that not only did Jesus know what was about to happen to him at the hands of many, but he also knew the who and the how of those happenings. He knew all the little nails that would pierce his heart as well as the long ones that would impale his hands and feet. Those included Peter’s denial, Judas’ betrayal and the sudden disappearance of his “multitude of disciples” who were “sifted like wheat, as Satan would have it.” This was quite a departure from the joyous welcome he received as he rode into Jerusalem on the back of a colt, as reported in our processional reading from Luke (Lk 19:28-40).

As he rode along, the people were spreading their cloaks on the road; and now as he was approaching the slope of the Mount of Olives, the whole multitude of his disciples began to praise God aloud with joy for all the mighty deeds they had seen.

But those mighty deeds were destined to be punished by the people who believed Jesus was a threat to their earthly power. Many generations earlier, the prophet Isaiah wrote of the people’s rejection not only of Jesus, but of many of God’s prophets whose mission was spreading God’s word, even at the risk of being persecuted for it (Is 50:4-7). The persecutors desecrated their gift of free will through willful disregard of God’s messengers.

“I gave my back to those who beat me, my cheeks to those who plucked my beard; my face I did not shield from buffets and spitting. The Lord GOD is my help, therefore I am not disgraced; I have set my face like flint, knowing that I shall not be put to shame.”

As we see in the current 24/7 political campaigns, shame is the favorite weapon of the powerful when the power they guard so jealously is on the line. When it came to Jesus, King of the Jews, crucifixion wasn’t enough for this perceived pretender to their throne. For his rabble rousing they wanted him to die in shame between two common thieves. 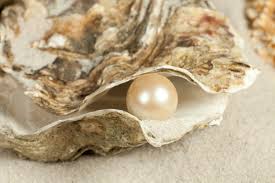 Although Jesus anticipated all of this shaming by people who lacked faith, the most powerful moments in the gospels are when he was surprised by the unforeseen application of free will among faithful followers. For example:

In Matthew’s gospel  (Matthew 8:5-13) we have the Centurion who asks Jesus to heal his servant’s paralysis—but acknowledges that he wasn’t worthy to have Jesus enter his home. “Only say the word and my servant will be healed.” This surprised and amazed Jesus. “Amen, I say to you, in no one in Israel* have I found such faith.”

In Mark’s gospel (Mark 7:24-30) a Greek woman whose daughter had an unclean spirit begged Jesus to free her of it. At first he refuses, saying “it is not right to take the food of the children and throw it to the dogs.” Her retort surprises Jesus: “Lord, even the dogs under the table eat the children’s scraps.” This act of chutzpah and faith saves her daughter.

Again in Mark (Mark 12:28-34), a surprise is in store for Jesus after he answers a scribe’s question about the first and greatest commandment. To the Master’s answer about loving the Lord your God and your neighbor as yourself, this scribe adds that these commands are “worth more than all burnt offerings and sacrifices.” Mark writes “And when Jesus saw that [he] answered with understanding, he said to him, “You are not far from the kingdom of God.” That’s quite a pronouncement from the one with the keys to that kingdom.

Jesus knew he had to die to save his faithful ones, but who are such people? From these passages, it seems many of them were people even he didn’t realize he was reaching. A centurion, a Syrophoenician “dog” in Jesus’ terminology, and one of the scribes who were constantly testing Jesus. But the biggest surprise is saved for the last moment of his earthly life, and it is bestowed on him by one of the thieves crucified with him—courtesy of the shamers in power. Those executioners didn’t anticipate the punishment they meted out would give Jesus a blessed surprise and allow him a final outpouring of his grace before he breathed his last (LK 23:1-49).

“Jesus, remember me when you come into your kingdom,” said the dying thief.

Jesus replied to him, “Amen, I say to you, today you will be with me in Paradise.”

Jesus’ death meant new life for him and us. Easter is a re-birthday worth celebrating. What gift could we give him that would be worthy of such an occasion? Let’s try to surprise him.