Many call our current era Godless. Church attendance is down and crime is up. Nevertheless, whether they know it or not, people of every background are helping the founder of Christianity accomplish what he told his disciples in this Sunday’s gospel reading he came to do (Lk 12:49-53): 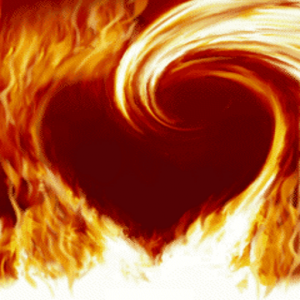 “I have come to set the earth on fire, and how I wish it were already blazing! There is a baptism with which I must be baptized, and how great is my anguish until it is accomplished! Do you think that I have come to establish peace on the earth? No, I tell you, but rather division.”

You can see political, social and religious dividing lines being drawn to this day, in cantankerous online social media posts as well as in the inter-group conflicts playing out in our city streets. Such divisions have been separating families and friends since well before Christ’s time. Jesus simply added the most powerful accelerant known to man: the command to love unconditionally. Ultimately, unless we love our enemies and put behind us any attachments to fleeting earthly priorities, our lives will be equally fleeting. His ministry was designed to cultivate survivors from the ashes of temporary things.

Even in Christ’s time, yelling fire in man’s kingdom was not protected speech. The way Jesus set hearts ablaze and brought wide attention to his message became a political threat and therefore marked him and his disciples as enemies.

But if Jesus comes off as a bad cop in the way he describes his divide-and-conquer strategy in Luke’s gospel, St. Paul plays good cop in his letter to the Hebrews (Heb 12:1-4), asking them to make good use of the witnesses Jesus was able to assemble thanks to the passions he stirred:

Since we are surrounded by so great a cloud of witnesses, let us rid ourselves of every burden and sin that clings to us and persevere in running the race that lies before us while keeping our eyes fixed on Jesus … Consider how he endured such opposition from sinners, in order that you may not grow weary and lose heart.

It is evident that Jesus was fighting humanity’s consuming fires with spiritual fire—creating a controlled burn in our hearts that would exhaust the fuel from any competing earthly passions. The passion of Christ preceded his own earthly presence via its placement in the hearts of the prophets and psalmists of earlier times. We can hear Paul’s exhortation to be an example of endurance to others in the ancient Psalm we recite this Sunday (Ps 40:2, 3, 4, 18):

The LORD heard my cry. He drew me out of the pit of destruction, out of the mud of the swamp; he set my feet upon a crag; he made firm my steps. … And he put a new song into my mouth, a hymn to our God. Many shall look on in awe and trust in the LORD.

Our first reading (Jer 38:4-6, 8-10) adds prose to the psalmist’s poetry with the account of the prophet Jeremiah being cast into the cistern to die of famine in punishment for spreading the word of God. The account ends with his salvation at the hands of witnesses to the fire in his heart.

There have been psalmists and prophets in every age since then, offering up the same example of fighting the fires of hate with the fires of love and compassion. I can think of no more powerful psalmist for these modern times of racial and political hatred than the late Sam Cooke, whose gospel upbringing in the middle of the 20th century contributed a social conscience to popular music and made hearers of all races witnesses to burden lifting and pit escaping with his faith that “A Change is Gonna Come:”

Then I go to my brother and I say, “Brother, help me please.” But he winds up knockin’ me back down on my knees. There been times that I thought I couldn’t last for long, but now I think I’m able to carry on. It’s been a long, a long time coming, but I know a change gon’ come, oh yes it will.

Christ’s fire is still burning out the deadwood of hate but it is destined to give us a new landscape through which his Kingdom will come.