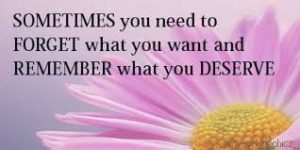 So, for the umpteenth time you drag yourself into your favorite prayer room seeking an answer about why God is withholding the relief you seek from life’s adversities. You pound your fist in frustration demanding “Why, Lord?”

What if you suddenly heard a small voice whisper, “Because you pray like a politician.”?

When many of us pray we try to justify ourselves, like someone running for office. But as this year’s candidates for president have learned, little by little those in the media with the power to help satisfy their ambitions have been granted access to the candidates’ buried past. These memories have been exhumed thanks to “hot mics,” resurrected e-mails and suddenly rediscovered media interviews. That hasn’t stopped these campaigners from repeating their prayers day and night, trying to wear voters down before electoral judgment day.

Using this perspective, voters might empathize with the judge in the parable we’ll read in this Sunday’s gospel (Lk 18:1-8). A widow nags and nags him to see things her way and make a judgment against her adversary.

For a long time the judge is unwilling, but eventually he thinks …

“Because this widow keeps bothering me I shall deliver a just decision for her lest she finally come and strike me.’”

The Lord said, “Pay attention to what the dishonest judge says. Will not God then secure the rights of his chosen ones who call out to him day and night? Will he be slow to answer them? I tell you, he will see to it that justice is done for them speedily.”

Note that Luke quotes Jesus as promising that justice will be done. He doesn’t say God’s chosen ones will get what they want. The elect Jesus addresses are still human and prone to forgetting things in their past that need correction. Justice in real life means our Judge is more disposed to giving us what we need rather than what we want. It may come in the form of a swift reminder of our forgotten sins.

Nevertheless, God loves our persistent prayers, and he expects us to be equally relentless in spreading the word about His higher standard of justice—which is the only righteous one, as Paul tells Timothy in our second reading (2 Tm 3:14-4:2).

I charge you in the presence of God and of Christ Jesus, who will judge the living and the dead, and by his appearing and his kingly power: proclaim the word; be persistent whether it is convenient or inconvenient; convince, reprimand, encourage through all patience and teaching.

Our Judge understands how fatiguing such persistent campaigning for truth can be, so he encourages collaboration. Our first reading (Ex 17:8-13) reminds us that God supports campaigns representing righteous causes – such as the one involving Israel v. Amalek. According to this account, Moses made a strong case against his adversary during that battle as long as he kept his arms raised.

Moses’ campaign team prevailed through shared faith and God’s grace. This supports the proposition that the rock-steady power of righteousness make the strongest argument before our ultimate Judge. In the end, the effectiveness of our life’s prayer will rest on how well we’ve fact-checked ourselves before presenting our case to the One who can decide against what we truly deserve and grant us His forgiveness.