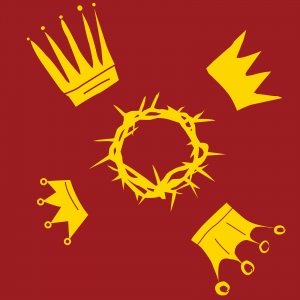 “How many thousand of my poorest subjects are at this hour asleep! O sleep, O gentle sleep, nature’s soft nurse, how have I frighted thee, that thou no more wilt weigh my eyelids down and steep my senses in forgetfulness? … Uneasy lies the head that wears a crown.”

Poor King Herod. Rulers of earthly domains like him seldom slept well. And based on this Sunday’s gospel reading (Mt 2:1-12), the above soliloquy could have just as easily come out of his mouth rather than that of William Shakespeare’s King Henry IV many centuries later. Nevertheless, it is evident Herod lost sleep over accounts of a newborn king destined to threaten his domain. Why else would three esteemed magi from distant lands have come to pay their respects to this interloper?

“Where is the newborn king of the Jews?” the magi were asking Herod’s subjects. “We saw his star at its rising and have come to do him homage.”

The gospel states that when Herod heard this, he was greatly troubled. So he directed the three magi of “We Three Kings” fame to let him know once they’ve located this newborn king “so that I too may go and do him homage.”

Homage at the point of a spear, no doubt.

But was Herod much different from other powerful people of his time? Earthly kings have always been worried about protecting their territory from rivals who would steal it from them. It would take the birth of this heavenly king—whose rule was all about giving his kingdom away—to teach mankind a new way of life. His kingdom was the realm of the spirit and the coming of its ruler was foretold centuries before by the prophet Isaiah, as we see in Sunday’s first reading (Is 60:1-6):

But not King Herod. Christ’s light made Herod as skittish as a vampire. And now here were three wise men who would lead many more subjects toward this child of light. As uneasy as Herod was at the thought of the masses flocking toward a new king, the only thing that would make the head of the Kingdom of God uneasy when he took up his earthly mission was the narrowness of the gateway leading to his kingdom. Christ’s three years of public life would be spent disseminating the keys to that gate to as many receptive souls as possible, with the help of loyal disciples like the twelve he recruited and those like Paul of Tarsus who would come later. It was Paul who most clearly explained how the birth of Jesus changed the terms of the covenant laid out in the Old Testament:

“It was not made known to people in other generations as it has now been revealed to his holy apostles and prophets by the Spirit,” Paul writes in his letter to the Ephesians, from which we read this Sunday (Eph 3:2-3a, 5-6). “The Gentiles are coheirs, members of the same body, and copartners in the promise in Christ Jesus through the gospel.”

That’s the future that made the Herods and other earthly leaders during and after Christ’s time lose sleep. The kings who truly understood the burden of heavenly power paid their respects to the only one whose shoulders could support such a burden, as stated in Sunday’s responsorial from chapter 72 of the Book of Psalms:

May the kings of Tarshish and the islands bring tribute, the kings of Sheba and Seba offer gifts. May all kings bow before him, all nations serve him.  For he rescues the poor when they cry out, the oppressed who have no one to help. He shows pity to the needy and the poor and saves the lives of the poor.

The kings who bowed before this king are the ones who slept well during their reign. How do we know this? Those Herod instructed to give him the location of the newborn king had to be told via a dream to stay away from Herod. May all of this world’s leaders be as wise during their waking hours as these three kings were in their slumber. Whether they were magi, kings or both, Caspar, Melchior and Balthazar wore their crowns well.