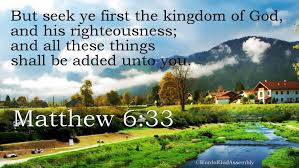 The national decline in church attendance seems to be accompanied by another trend: a rise in “safe spaces” on college campuses. These are environments designed to protect certain students from subjects they may find uncomfortable, depending on their background or upbringing. Another term describing the people for whom these environments were designed was also introduced: snowflakes. These are delicate types whose psyche is subject to meltdown when exposed to ideologies alien to the secular orthodoxy on which their schools are raising them. I say schools because many parents—even those who exposed their children to some faith-based concepts—have lost their role-model status to campus-based “educators.”

This has had the unfortunate effect of scaring uncertain minds away from the faith of their fathers. Their fear of becoming outcasts has grown into anxiety of standing alone as a beacon of faith amidst a sea of humanistic certainty. Those “safe zones” are just the place to keep newly washed young brains securely sanitized until they graduate.

Paradoxically, for newly graduated believers in the power of human rationality over gospel “fairy tales,” fear has grown rather than shrunk. The adults in power who established a society built on Judeo-Christian values have died off and been replaced by a rationalistic culture afraid of believing in truth you cannot see.  This is why the fear of having faith in something more powerful than ourselves is metastasizing into high anxiety. An uneasiness tends to overtake people when they abandon the truth of some long-forgotten orthodoxy that gave earlier generations the comfort and courage necessary to do great things (like save the world from Nazism and imperialism).

Anyone whom the above diatribe describes might draw a little of that old comfort and courage back from this Sunday’s Mass readings.  They seem designed to stiffen the backbone of anyone whose long-lost faith once made their spine straight.

The Prophet Isaiah starts us off by offering a touch of motherly love from our Heavenly Father (Is 49:14-15):

“Can a mother forget her infant, be without tenderness for the child of her womb? Even should she forget, I will never forget you.”

In our second reading (1 Cor 4:1-5), Paul offers some tougher love to the Corinthians who, like those judgment-phobic college kids who strayed from the core beliefs of earlier generations, needed an injection of spiritual spinal fluid to remember whose opinion is the one that matters:

“It does not concern me in the least that I be judged by you or any human tribunal; I do not even pass judgment on myself; I am not conscious of anything against me, but I do not thereby stand acquitted; the one who judges me is the Lord.”

But ultimately it’s Christ who, through Matthew’s gospel (Mt 6:24-34), offers the toughest love by telling us to stop worrying about losing the temporal when it’s the timeless that determines humanity’s destiny:

Secular churches are inhospitable to true faith. As Jesus told us, “the Kingdom of God is within you.” That’s our only reliably safe space as long as we share its security with others.