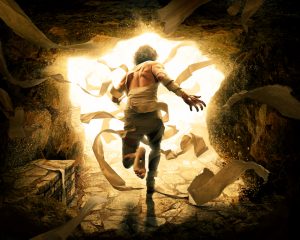 When people come back from the dead on TV horror shows or in the movies, the results aren’t pretty. It’s usually the result of a curse laced with hatred. The following line of dialog alone is enough to send shivers up and down our spines:

“I will open your graves and have you rise from them.”

Scary! Until you realize these are the words of the prophet Ezekiel, taken straight from this Sunday’s first mass reading (Ez 37:12-14). Speaking for God, Ezekiel’s words are a virtual hymn. He adds:

“O my people! I will put my spirit in you that you may live.”

Sunday’s accompanying gospel reading (Jn 11:1-45) enriches this music by casting several players to make it sing. It deals with the return of Lazarus from the grave. He’s not alone in this account of resurrection. His friends Martha and Mary also experience a resurrection: of their faith in the divine identity of their beloved friend, Jesus. As John’s gospel explains,

“Now Jesus loved Martha and her sister and Lazarus. So when he heard that [Lazarus] was ill, he remained for two days in the place where he was.”

Using the word “so” to begin this sentence seems so strange in this context. The word “nevertheless” might seem more appropriate, since by staying where he was, Jesus was making sure Lazarus would die. But it seems like John used the word “so,” because Jesus had a plan. He would bring Lazarus back from the dead, and by doing so, bring back to life the flagging faith of those he loved—including not only Martha, Mary and Lazarus, but all of his disciples. What better gift of friendship than undying faith? Martha speaks for all of us when she tells Jesus:

“Yes, Lord.I have come to believe that you are the Christ, the Son of God, the one who is coming into the world.”

Years after Christ’s own resurrection, Paul, another recipient of that gift of faith, shared it with the Romans (Rom 8:8-11) and by extension, all of us:

Speaking for myself, as the namesake—and often an imitator—of the original Doubting Thomas, my own faith has had more deaths and resurrections than all of the cinematic Draculas combined. Yet during those times when fear is about to drive a stake through my spirit, gasping out this little prayer is enough to give me new life: “Lord give me the wisdom, strength and courage to know and do your will.”

Bang! Back from the dead.