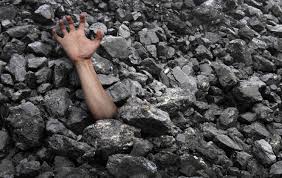 The place that hosted the first Pentecost was as much a source of confusion for the divided inhabitants of Jerusalem as the Tower of Babel was for the people described in the 11th chapter of Genesis who attempted to build a monument representing their perceived unity.  As Sunday’s first reading from Acts tells us, the different nationalities represented in Jerusalem during Christ’s time were united in their wonder at how his disciples were speaking everyone’s language (Acts 2:1-11):

… each one heard them speaking in his own language. They were astounded, and in amazement they asked, “Are not all these people who are speaking Galileans? Then how does each of us hear them in his native language … speaking in our own tongues of the mighty acts of God.”

No real mystery here. A Holy Spirit unifies all who invite God in. Love is their common language, and it is expressed in a wide variety of ways, as Paul tells the Corinthians in our second reading (1 Cor 12:3b-7, 12-13):

Yet today we still live amidst the ruins of the Tower of Babel—that failed monument to humanity’s self-regard. Its 21st century name is social media—a name as incongruous to its results as the name Babel perfectly described the results of that era’s intended social rallying point. Look at a day’s worth of Facebook postings and you’ll see a battle of babble, better described as anti-social media. Scattered islands of constructive expression are surrounded by oceans of destructive vitriol and an “I told you so, idiot!” vibe—the expression of which does absolutely nothing to make its targets any wiser or its sources any healthier. In fact our world’s best recognized embodiments of evil have found new ways to use antisocial media in their efforts to guide society to Babel’s end.

Those genies of evil escaped their bottles many centuries ago, but one Holy Spirit has always coexisted, keeping them from achieving their destructive ends. Its voice speaks a universal language empowering all who take it to heart. We hear it speak to us in Jesus’ voice via Pentecost Sunday’s gospel reading from John (Jn 20:19-23):

“Peace be with you. As the Father has sent me, so I send you.”

Here’s a spiritual GPS to determine if you’re on the right path, wherever you communicate with people: ask yourself, “Am I delivering a piece of my mind or simply peace of mind?” No one stays lost doing the latter.