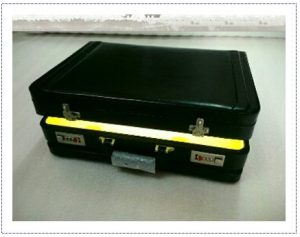 Death of a Salesman was the story of Willy Loman, a doomed man in a dying profession. Playwright Arthur Miller wrote him as a man possessed by the desire to make a good living. What he sold was much less of a priority than what selling got him. As a result his way of life inspired the way he died—by his own hand for the insurance money—so his survivors could make a good living.

Today many of the remaining traveling salespeople out there are missionaries, selling a way of life. They travel the world introducing people to someone who identified himself as the way, the truth and the life. Their calling dates back to the time of the Old Testament prophets of God. While Miller used his play about a miserable soul searching for more from life to criticize human materialism, Miller himself was an atheist who didn’t believe there’s any more after life.  Nevertheless, there are some interesting comparisons and contrasts to consider while contemplating this Sunday’s mass readings about itinerant salesmen of faith.

Our first from the Book of Kings (2 Kgs 4:8-11, 14-16a) tells how Elisha did such a good job selling people on his faith that one customer actually didn’t want him to leave.

So she said to her husband, “I know that Elisha is a holy man of God. Since he visits us often, let us arrange a little room on the roof and furnish it for him with a bed, table, chair, and lamp, so that when he comes to us he can stay there.”

As a reward for her good faith Elisha called upon his Boss to bless her with more life—a child she was not otherwise able to conceive. Having children is one way to live forever—something even an atheist might agree with. Most people with and without faith would die for their children—just as Christians believed Jesus did, so his “children” could have eternal life. This lifelong goal made him and his true followers in faith fearless, because they believed they had nothing to lose, as Paul explains in our second reading (Rom 6:3-4, 8-11):

I know that Christ, raised from the dead, dies no more; death no longer has power over him. As to his death, he died to sin once and for all; as to his life, he lives for God. Consequently, you too must think of yourselves as dead to sin and living for God in Christ Jesus.

Paul’s sales approach might not seem like a good one judging by the Willy Loman philosophy of salesmanship, but that tough love philosophy is the one that won Paul over—as originally taught by the Master and quoted in Sunday’s gospel reading (Mt 10:37-42). In it, Jesus tells us that anyone who values the comforts of home and family more than the truth Christ represented was not worthy of what he had to offer them. That doesn’t mean Christians are called to choose between loving God and loving family, we’re just expected to keep our love for all on the same high plain with our love of God. That lofty perch is found in His Kingdom, which is within us. People of faith can’t divorce one love from the other and find true happiness. As Christ said of the kind of poor soul looking for Willy Loman’s version of the American dream,

Whoever finds his life will lose it, and whoever loses his life for my sake will find it.

“Give up my life? No way!” Even people open to faith in something beyond earth’s horizon might respond this way when offered the job of representing the way, the truth, and the life for prospective buyers. But because our hope for everlasting life—whether through the memory of family and friends or in God’s Kingdom—can help diminish our fear of temporary consequences, we can use our time on earth to more effectively showcase the difference a single soul can make in the lives of others. That’s Master salesmanship.