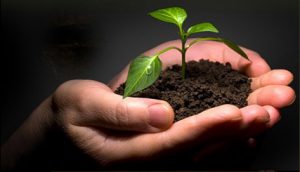 Many approaches to Judeo-Christian philosophy are available via our social media. Most of the sources are inspired by love and yield fruitful discussions, but philosophy devoid of love exists in a sterile environment. Worse, and all too often, ideology laced with hate and judgment turns the cyber environment toxic. The antidote for poisoned doctrine can be found by revisiting our religious roots: the inspired word of God that came to the world through the prophets. In this Sunday’s first mass reading (Is 55:10-11), Isaiah presents the word of God as a pure environment that sustains creation:

Thus says the Lord: Just as from the heavens the rain and snow come down and do not return there till they have watered the earth, making it fertile and fruitful, giving seed to the one who sows and bread to the one who eats, so shall my word be that goes forth from my mouth.

Centuries later, Jesus provided the seed needed to grow faith in the human soil the prophets prepared. He knew the challenges of his times and portrayed them in the parable of the sower. As he explained to his disciples in Sunday’s gospel reading (Mt 13:1-23),

But even by St. Paul’s time, humanity’s corruption had believers starving for the return of the Word of God made flesh in Christ. Revealing that word became Paul’s mission in life (Rom 8:18-23).

Creation awaits with eager expectation the revelation of the children of God; for creation was made subject to futility, not of its own accord but because of the one who subjected it, in hope that creation itself would be set free from slavery to corruption and share in the glorious freedom of the children of God.

Today’s social media have made the word of God easily available, but too often its truth is adulterated by human judgment and hatred and aimed at many enemies. Add extremist political attacks to this environment and what was toxic becomes radioactive. Remember what Christ said about false prophets? “By their fruits you will know them.” Let’s make sure whatever we do or say is rooted in love and unadulterated by mortal futility.