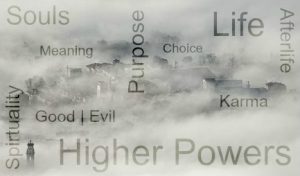 Jeremy England is an MIT physics professor in real life and plays one in Dan Brown’s newest novel, Origin. Brown, famous for the Vatican-vexing Da Vinci Code, is now rattling cages on the secular side. He created a Dr. England with whom even Dr. England can’t agree. England took his fictional double to task in a recent Wall Street Journal article. Apparently the book cites England’s research in evolution as having the potential to make religion obsolete. The only problem is, as a practicing Jew, England has no interest in disproving God’s existence. He doesn’t even think he could.

“The language of physics can be extremely useful in talking about the world, but it can never address everything that needs to be said about human life,” England writes. “Equations can elegantly explain how an airplane stays in the air, but they cannot convey the awe someone feels when flying above the clouds. I’m disappointed in my fictional self for being so blithely uninterested in what lies beyond the narrow confines of his technical field.”

Just as knowing the physics of flight vs. our feelings from flight are two different things, so are understanding the animal instincts of self-preservation vs. the altruistic impulse to lay down one’s life to save another. Selfless love is truly divine and contradicts the natural law of “survival of the fittest.” As Jesus says in John 15:13, No one has greater love than this: to lay down one’s life for one’s friends. That’s the insoluble bond between God and man. It’s also described in Matthew 25:40: “whatever you did for one of these least brothers of mine, you did for me.’

God has been working through his prophets to reprogram us to think more like Him since we blew a circuit in Eden trying to accomplish that on our own.  This Sunday’s readings are an example of His inspired work, and they accomplish what author Dan Brown couldn’t or wouldn’t: make a good case for God’s existence. Unlike Brown’s work of fiction, humanity’s author intends for our human counterparts in the Bible to faithfully represent His truth so we can live and breathe God’s existence. In Sunday’s first reading from Exodus (Ex 22:20-26), our Creator gives us the first step in that process: empathy.

“If you take your neighbor’s cloak as a pledge, you shall return it to him before sunset; for this cloak of his is the only covering he has for his body. What else has he to sleep in? If he cries out to me, I will hear him; for I am compassionate.” 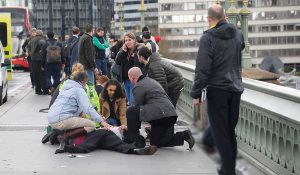 We prove God’s existence every time we prove our love for others—because God is the spirit of love. When we love someone, that spirit surrounds us. We reveal Him when we overrule our animal instincts to run away from danger and run toward it instead, for a fellow human’s sake.  That happens in rural and city settings, as well as on battle fields. The commandments to love God and to love neighbor are so intertwined that in Sunday’s gospel from Matthew (Mt 22:34-40), Jesus describes them for the Pharisees almost as if they were the glue of the universe. His Father’s best seller—the Bible—falls apart unless the reader understands that bond.

“The whole law and the prophets depend on these two commandments,” he says.

They support the Bible’s plot to present love as a spiritual contagion spread by God’s prophets and disciples. Live that love and others will be changed by it, as Paul tells the Thessalonians in our second reading (1 Thes 1:5c-10) :

Brothers and sisters: You know what sort of people we were among you for your sake. And you became imitators of us and of the Lord, receiving the word in great affliction, with joy from the Holy Spirit, so that you became a model for all the believers in Macedonia and in Achaia. For from you the word of the Lord has sounded forth not only in Macedonia and in Achaia, but in every place your faith in God has gone forth,

Whether we know it or not, it’s what we all do for a living.