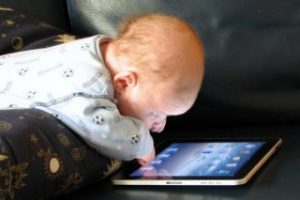 Welcome to a new generation: iGen’ers, born between 1995 and 2012. This Sunday’s readings are perfect for them—except they probably won’t read or hear them because they won’t be at church—and they certainly won’t see them in the Bible because they don’t own one. Jean M. Twenge, Ph.D., studied, and Bishop Robert Barron commented on,  this generation. Twenge also wrote about her findings in iGen: Why Today’s Super-Connected Kids are Growing up Less Rebellious, More Tolerant, Less Happy—and Completely Unprepared for Adulthood. Twenge reports that one fourth of iGen’ers believe the Scriptures are a compilation of “ancient fables, legends, history, and moral precepts recorded by men.” She concludes: “The waning of private religious belief means that young generations’ disassociation from religion is not just about their distrust of institutions; more are disconnecting from religion entirely, even at home and even in their hearts.”

What iGen’ers do believe in is themselves—to the exclusion of others, except maybe their parents—with whom they will live longer than previous generations lived with theirs, Twenge writes. They prefer to leave the “adulting” to the adults, leaving themselves more time to focus on stimulating themselves through their smart devices.

What’s missing from all the smarts they’re absorbing through these devices is wisdom—which can only be gained by interacting with the world. That kind of experience can only come via adulting—a term destined for over-use and ultimate inclusion on the next “Year’s Worst Words” list. Problem is, this generation’s self-absorption means they’re so saturated with themselves there’s no room for considering new ideas that come from interaction with others—like with people of different faiths who have real spiritual convictions. Still, Wisdom is always waiting for new lovers to find her, as this Sunday’s first reading tells us (Wis 6:12-16):

Resplendent and unfading is wisdom, and she is readily perceived by those who love her, and found by those who seek her. She hastens to make herself known in anticipation of their desire;

If iGen’ers don’t find her, troubles will find them. People of this tribe are still too young to have experienced much death among friends and family. Without any kind of faith, will depression become another of their characteristics once the people they do love start dying? Paul’s letter to the Thessalonians, Sunday’s second reading (1 Thes 4:13-18), might offer a bit of consolation—if only iGen’ers knew there was an old man named Paul other than McCartney.

Without all that adulting they hate, there’s more time for iGen’ers to sleep—in between the texting that replaces interacting, the videos that replace real life and the self-absorption that replaces faith in something grander than what fits on their device’s screen. This Sunday’s gospel reading (Mt 25:1-13) offers a remarkably accurate depiction of this new generation via the generation Jesus criticized several times during his lifetime. These two generations, separated by 2,000 years, are both unwise, unprepared for their future, and, not surprisingly as depicted in his parable, virgins. Jesus’ description of his Kingdom was designed to kick both generations out of their parents’ basements:

“The kingdom of heaven will be like ten virgins who took their lamps and went out to meet the bridegroom. Five of them were foolish and five were wise. The foolish ones, when taking their lamps, brought no oil with them, but the wise brought flasks of oil with their lamps. Since the bridegroom was long delayed, they all became drowsy and fell asleep. … the bridegroom came and those who were ready went into the wedding feast with him. Then the door was locked. Afterwards the other virgins came and said, ‘Lord, Lord, open the door for us!’ But he said in reply, ‘Amen, I say to you, I do not know you.’ Therefore, stay awake, for you know neither the day nor the hour.”

If this blog post seems cruel and judgmental, that wasn’t the goal. This neat sortation of human faults into generational containers is actually a convenient way for all of us to see ourselves in others. People of all ages can relate to as many iGen foibles as GenX ones. As Christ proved through his parables, human frailty is timeless—which is why we should keep our iCalendar wide open for a meeting invitation from iAm.