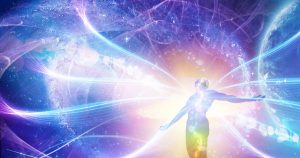 The feast of the Epiphany is a good time to think about our spiritual guidance systems. The Kings who searched for and worshipped the One who would save us from the bounds of earth and some of its inhabitants followed the light of a star that shone within themselves—one that reflected the light of the Son of our universe. Isaiah had an epiphany about the arrival of the Son of God and His impact on earthly governments (Is 60:1-6) many years before the magi came on the scene.

That light powers our destiny. It is God’s Kingdom within us. Paul saw the same sonlight the magi did, and reflected it back to all of us—Jew and gentile alike (Eph 3:2-3a, 5-6 ):

The mystery was made known to me by revelation. It was not made known to people in other generations as it has now been revealed to his holy apostles and prophets by the Spirit: that the Gentiles are coheirs, members of the same body, and copartners in the promise in Christ Jesus through the gospel.

Our epiphany about The Epiphany is that Jesus was born to free us from darkness—and the rule of kings who use it to their advantage. He inspires us, as He did the magi, to use the gifts God gave us to find Him. Such an epiphany is guided not by astrology or geography, but by the spirit inside us. We are called to reflect its divine light so that others can also be guided to Him. Sometimes this calls for rerouting around earthly obstacles, just as the magi did as detailed in Sunday’s gospel reading (Mt 2:1-12):

After their audience with the king they set out. And behold, the star that they had seen at its rising preceded them, until it came and stopped over the place where the child was. They were overjoyed at seeing the star, and on entering the house they saw the child with Mary his mother. They prostrated themselves and did him homage. Then they opened their treasures and offered him gifts of gold, frankincense, and myrrh. And having been warned in a dream not to return to Herod, they departed for their country by another way.

These wise men were guided away from Herod’s darkness by spiritual light. As even some of the best secular literature tells us, we must all take some responsibility to deliver ourselves from evil and bequeath our good to others. What Shakespeare had Mark Antony say of Julius Caesar might also have been written about King Herod—or any other corrupt human:

“The evil that men do lives after them; the good is oft interred with their bones.”

May that not be said over our dead bodies.