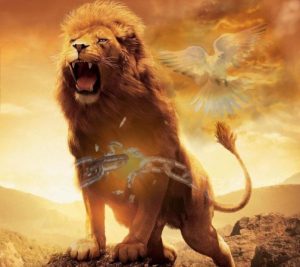 Imagine a demon having more faith than a God-believer. We believers tend to let the cares of this world distract us from our core beliefs. That justifies the faith the evil one has in us. But the mere mention of the One who is the source of our core beliefs is enough to shake-up all demons–even the ones we shelter. Could that be? Demons who show greater fear of God than God’s own children? That’s what this Sunday’s gospel reading demonstrates (Mk 1:21-28):

In their synagogue was a man with an unclean spirit; he cried out, “What have you to do with us, Jesus of Nazareth? Have you come to destroy us? I know who you are—the Holy One of God!” Jesus rebuked him and said, “Quiet! Come out of him!” The unclean spirit convulsed him and with a loud cry came out of him. All were amazed and asked one another, “What is this? A new teaching with authority. He commands even the unclean spirits and they obey him.”

Today, an unclean spirit is considered a normal part of the human psyche. “Oh, he’s just exorcising his demons,” is a common excuse for bad behavior. But many people of faith still believe there are demons who fear something other humans seem to be losing respect for: authority. This is defined as the power to influence others, especially because of one’s commanding manner or one’s recognized knowledge about something. With smart phones and Google searches, everyone can pretend to be “an authority.” Unfortunately, not where it counts: knowing the difference between right and wrong. Ours is an age of moral relativism. Our demons and scripture’s demons love the entire spectrum of greys humanity’s shadows throw off to help us hide from truth.

But long before Jesus Christ came on the scene, his entrance was anticipated by prophets and dreaded by demons. So God worked through prophets like Moses to pave the way for the Christ and to warn impressionable minds away from philosophical trickery, whether human or demonic—or both. Sunday’s first reading recalls how Moses fit into that plan (Dt 18:15-20):

I will raise up for them a prophet like you from among their kin, and will put my words into his mouth; he shall tell them all that I command him. Whoever will not listen to my words which he speaks in my name, I myself will make him answer for it. But if a prophet presumes to speak in my name an oracle that I have not commanded him to speak, or speaks in the name of other gods, he shall die.'”

We hear the voice of those other gods all the time today—through the media, in our politics and in our own heads—trying to convince us that this world is all man has, so we better claim as much of it for ourselves before a competitor gets there first. That attitude helps explain why money problems cause more divorce than anything else. If we were to obey St. Paul’s advice in Sunday’s second reading, (given when he thought the end of this world was near), nobody would marry (1 Cor 7:32-35). Then we’d be able to discern God’s voice from those of this world’s demigods, he reasoned. 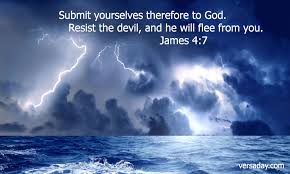 Evidently Paul didn’t have much faith in the spiritual attention spans of his brothers and sisters. But rather than drive us to distraction, if authentically entered, the sacrament of marriage can send us straight into the arms of God. Through the processes of mutual maturing and raising children to recognize right from wrong, we can hear divinity speak loud and clear. Discerning that voice will help us live authoritatively and scare the hell out of our demons.