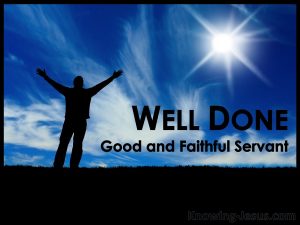 Anyone outside of an American military family can’t begin to know what it’s like to earn the Gold Star designation. That’s the honor given to a family who loses a loved one in the service of protecting their country. To any parent, burying a child is among life’s hardest duties, but for Gold Star parents, their sacrifice equals the one for which their child was called. This Sunday’s mass readings must come close to putting us in such a parent’s place, though. As we hear the first reading (Gn 22:1-2, 9a, 10-13, 15-18), let’s imagine we’re Abraham:

God put Abraham to the test. He called to him, “Abraham!” “Here I am!” he replied. Then God said: “Take your son Isaac, your only one, whom you love, and go to the land of Moriah. There you shall offer him up as a holocaust on a height that I will point out to you.”

Saying “Here I am,” as Abraham did, is our duty as a child of God, whether in a military context or not. We are called to be of service to others. No matter how big or small that service is, our purpose is in devoting our lives to discerning it then acting on it. The one we call Our Father isn’t asking us to do anything he hasn’t also committed Himself to, as St. Paul’s letter to the Romans tells us in our second reading (Rom 8:31b-34):

He who did not spare his own Son but handed him over for us all, how will he not also give us everything else along with him?

Before he became humanity’s ultimate sacrifice, Jesus explained the nature of such sacrifice to his disciples. His teaching became our inheritance, and is written in John’s gospel (John 15:13):

This is my commandment: love one another as I love you. No one has greater love than this, to lay down one’s life for one’s friends.

Sacrificial love is our duty, whether or not we die in the process of accomplishing it. In that process, we will be transformed from a mere child to a child of God. Sunday’s gospel offers a glimpse of the transfiguring power of telling God, “Here I am” (Mk 9:2-10):

Jesus took Peter, James, and John and led them up a high mountain apart by themselves. And he was transfigured before them, and his clothes became dazzling white, such as no fuller on earth could bleach them. Then Elijah appeared to them along with Moses, and they were conversing with Jesus. … Then a cloud came, casting a shadow over them; from the cloud came a voice, “This is my beloved Son. Listen to him.”

Spoken like a true Gold Star parent—and as God’s other children, we share kinship to the one born under the guiding star that shone above Bethlehem many moons ago.