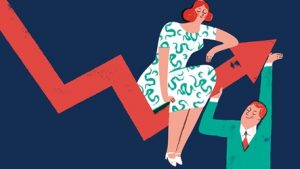 Many marry their faith as faithfully as they do their spouses. So the fact that the population of “Nones” (unaffiliated with any religion) is rising in the Western world along with the divorce rate shouldn’t be surprising. A Pew Research study reports that the unaffiliated share of the population will continue to increase as many Christians and others shed their religious identity. Another Pew study reports that the divorce rate for adults ages 50 and older has doubled in the past 25 years.

Why do we get so tired of being faithful? 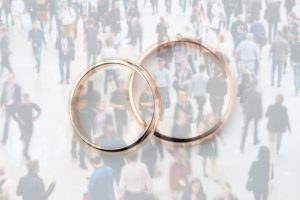 Keep this question in mind when you go to mass this Sunday. If you go. The readings deal with that very question. It goes as far back as the Book of Joshua, from which we take the first reading (Jos 24:1-2a, 15-17, 18b). The prophet gives the faithfully finicky tribes of Israel a choice:

“If it does not please you to serve the LORD, decide today whom you will serve, the gods your fathers served beyond the River or the gods of the Amorites in whose country you are now dwelling. As for me and my household, we will serve the LORD.”

“Far be it from us to forsake the LORD for the service of other gods. For it was the LORD, our God, who brought us and our fathers up out of the land of Egypt, out of a state of slavery. He performed those great miracles before our very eyes and protected us along our entire journey and among the peoples through whom we passed. Therefore we also will serve the LORD, for he is our God.”

But what has God done for us lately?

That expectation of quid pro quo in our relationship with God exists among couples in too many marriages, as well. When we’re young, love is a romantic concept resulting in spinal tingles that drive many couples down the matrimonial aisle. That tingle can fade as years pass, leaving us numb to each other’s needs and needy for new spinal stimulation. Sunday’s second reading from Paul’s letter to the Ephesians (Eph 5:21-32 or 5:2a, 25-32) is a good reminder of the holy bond between faithfulness to our spouse and to our God:

So also husbands should love their wives as their own bodies. He who loves his wife loves himself. For no one hates his own flesh but rather nourishes and cherishes it, even as Christ does the church, because we are members of his body.

Maybe that feeling of separateness from our loved ones—including God—explains the synchronicity between the two divorce rates. A friend recently explained why church pews are emptying Sunday after Sunday. People are bored, he said. Fast-paced social media communications and entertainment options leave people hungrier and hungrier for the kind of glitz and glamor they no longer get from the simple word of God upon which they were raised. They no longer get anything out of church attendance.

Maybe that’s because we’ve forgotten how to put anything into it—mainly our attentiveness to what God has been whispering to us in one ear while our culture has been blaring at us in the other. We’ve missed what’s in God’s whispers. In Sunday’s gospel reading (Jn 6:60-69), Jesus tells us what we’ve been missing. He does this through the words he shares with the distracted disciples of his time—the ones who were starting to get rabbit in their blood and about to run out on him: 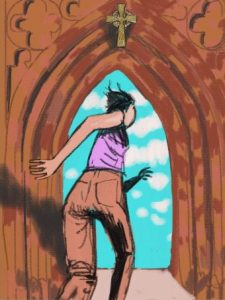 “The words I have spoken to you are Spirit and life,” he said. “But there are some of you who do not believe.” … As a result of this, many of his disciples returned to their former way of life and no longer accompanied him. Jesus then said to the Twelve, “Do you also want to leave?” Simon Peter answered him, “Master, to whom shall we go?  You have the words of eternal life. We have come to believe and are convinced that you are the Holy One of God.”

They were convinced by the spirit and life his words gave them to pass down to us. Let’s pay those gifts forward with interest.