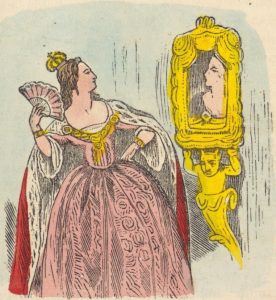 A Eucharistic Minister gets to look many people square in the face while distributing Holy Communion at Sunday Mass. Some bow and say “Amen” after being presented with the host and hearing “Body of Christ.” Most present their palms to receive it, and a few, their tongues. Some eyes look into the Minister’s, others are closed in contemplation. Then there are some whose eyes are half-open, seemingly semi-contemplating something else. Aside from the lack of any verbal acknowledgement of what they’re about to experience, some will even reach out, snatch the host from the Minister’s fingers, shove it in their mouth, and rush off.  They obviously have somewhere else to be—in a hurry.

That’s borne out by the many empty pews toward the back of the church after Communion. An article appearing on a site called “ChurchPOP” recently surmised people leave early out of habit. Some were taught that their presence between the gospel reading and Holy Communion satisfies their Sunday obligation. Why not eat and run, they might reason, if you can beat the ungodly traffic out of the parking lot?

This Sunday’s Mass readings are for them. The theme: “Vanity of Vanities. All things are Vanity.” That’s especially true of a church parking lot’s car population in relation to the length and breadth of the driveway leading out of it. The first reading (Ecc 1:2; 2:21-23) credits David’s son, Qoheleth, king in Jerusalem, for his pithy quote referring to many of life’s meaningless details. He continues with an example:

Here is one who has labored with wisdom and knowledge and skill, and yet to another who has not labored over it, he must leave property. … All his days sorrow and grief are his occupation; even at night his mind is not at rest. This also is vanity.

Once we get to the second reading this Sunday (Col 3:1-5, 9-11), while we’re still smack dab in the middle of the afore-mentioned attendance obligation zone, imagine you are one of the Colossians to whom Paul advises:

Put to death, then, the parts of you that are earthly: immorality, impurity, passion, evil desire, and the greed that is idolatry. Stop lying to one another, since you have taken off the old self with its practices and have put on the new self, which is being renewed, for knowledge, in the image of its creator. Here there is not Greek and Jew, circumcision and uncircumcision, barbarian, Scythian, slave, free; but Christ is all and in all.

We are not just meant to put Christ in our mouth on Sunday, but to internalize his life every day as evidenced by what we do and the words that come out of our mouth. Sunday’s gospel (Lk 12:13-21) has Jesus talking directly to those whose minds are focused on their earthly problems—past, present and future.

Someone in the crowd said to Jesus, “Teacher, tell my brother to share the inheritance with me.” He replied to him, “Friend, who appointed me as your judge and arbitrator?” Then he said to the crowd, “Take care to guard against all greed, for though one may be rich, one’s life does not consist of possessions.”

That applies every day, not just on one Holy Day of Obligation. But sometimes it helps to hear a bit of Godly wisdom sourced from outside our churchly confines to help put our priorities in context. How about Vaudeville? Old-time radio comedian, Fred Allen, once contextualized what we reap from the plots of earth we covet during the week: 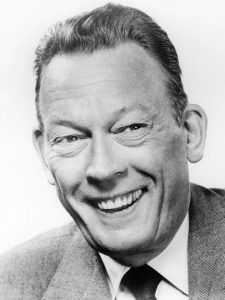 “Most of us spend the first six days of each week sowing wild oats; then we go to church on Sunday and pray for a crop failure.”