The history of mankind is rooted in the ordinariness of evil. According to the Book of Genesis, Cain killed his brother Abel for no more serious a reason than jealousy. Ever since, murder has become a common way for humans to deal with their hate. That’s bad enough at an individual level, but when it became a collective action, individuals could hide their guilt in the anonymity of a crowd. The guilt of old Jerusalem is a common theme among theologians discussing how the people of this region treated the prophets God sent to it—even God’s own son. 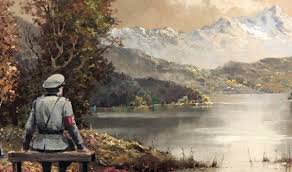 More recently we can identify the Holocaust as a systematic means of murder. In 1962 Hannah Arendt described the ordinariness of such evil in her book Eichmann in Jerusalem: A Report on the Banality of Evil. Hitler’s henchman Adolph Eichmann is depicted as an ordinary man, not a psychopath, but someone whose defense against murder charges was that he was only doing his job as an officer of the Reich. It’s tough thinking of a murderer as someone like us.

Today we again have political passions being stoked among extreme factions on the Democrat and Republican sides who see their opponents as evil, therefore justifying violence against them. This is daily news. Washington Post Foreign Affairs columnist Fareed Zakaria said in a Parade magazine interview recently that political rhetoric is legitimizing dark feelings, fears and phobias. “We all have these,” he said. “The task of a politician surely is to bring out the better angels.”

Wrong. That’s the responsibility of every human being. We get in trouble when we leave that job to a governing entity, as Jerusalem and Germany proved. Our misunderstanding of the personal responsibility to love makes this Sunday’s mass readings bittersweet. The sweet has to do with God’s promise in the Book of Revelation (Rev 21:1-5a) to make all things new—especially where Jerusalem is concerned.

I also saw the holy city, a new Jerusalem, coming down out of heaven from God, prepared as a bride adorned for her husband. I heard a loud voice from the throne saying, “Behold, God’s dwelling is with the human race.” … He will wipe every tear from their eyes, and there shall be no more death or mourning, wailing or pain, for the old order has passed away. … The One who sat on the throne said, “Behold, I make all things new.’”

We ain’t there yet. We’re too much like the old Jerusalem, which gave lip service to tradition and law but maintained humanity’s loyalty to the habits of the flesh—greed, lust, gluttony, etc. All of these feed our appetite for power. That old Jerusalem still grows inside us, as planted in the era of Cain and cultivated through the ages by our worst angels. The ones that still kill people around the world for espousing different…or ANY…faith are the same ones who killed Peter and Paul centuries ago for doing Jesus’ bidding, which is expressed in Sunday’s gospel from John (Jn 13:31-33a, 34-35):

That command was as radical and new then as it is now. We are called to overthrow the Old Jerusalem inside of us and to be God’s instruments for making all things new—just as Paul and Barnabas did in our opening reading (Acts 14:21-27):

“They strengthened the spirits of the disciples and exhorted them to persevere in the faith, saying, “It is necessary for us to undergo many hardships to enter the kingdom of God.”

Our darker angels cause many hardships by cultivating hatred and fear in the human spirit. This is a much older occupation than the one that simply caters to lust for the flesh. Let’s put our better angels to work on a new Jerusalem of the soul.