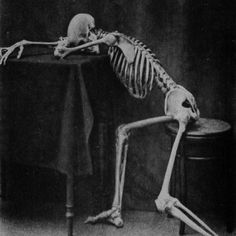 We’re starving. Our culture is, at least. In advanced stages of starvation, appetite is lost—as is the energy to consume anything of substance. Apathy also sets in. Sound familiar?

We’ve binged on news of moral apathy for quite some time now—especially recently as we’ve learned of long-hidden instances of sexual harassment in places of business and government. This behavior became the norm, which is why it went unreported for so long. Our culture lost the ability to sense the right or wrong of it. People afflicted with these conditions often lose the sense that their world is wasting away.

Our Mass readings this Sunday recall two instances in an era when people of faith still hungered for communion with something greater than themselves. We learn that neither Samuel of the Old Testament nor the disciples of Jesus really knew the force that created us, yet they sensed their own hunger for that knowledge. They finally felt the need to invite themselves into that presence. At the same time, God knows us intimately but will not impose himself on us unless we invite him to stay with us.

We’re at a point where we’re losing the social graces to offer that invitation, or even establish a proper introduction. Instead we’re immersed in a culture that denies a superior being’s existence and celebrates our more animalistic appetites. Morality, the one thing that’s supposed to separate humans from animals, is the last thing that leaves a starving culture’s awareness before it dies. We push it aside as a meaningless relic from a long-dead age—not realizing that death fills the void morality leaves.

This Sunday’s Mass offers us a heroic sandwich. The meat is in Paul’s message about the importance of maintaining our spiritual purity—for our own sake and that of anyone we influence. It is sandwiched between scriptures about the bread for which humanity used to hunger: intimacy with God.

The first reading from the Book of Samuel (1 Sm 3:3b-10, 19) recalls the time before this prophet-in-process recognized God’s calling. Eli knew exactly what young Samuel was hearing in his sleep:

So he said to Samuel, “Go to sleep, and if you are called, reply, Speak, LORD, for your servant is listening.” When Samuel went to sleep in his place, the LORD came and revealed his presence, calling out as before, “Samuel, Samuel!” Samuel answered, “Speak, for your servant is listening.” Samuel grew up, and the LORD was with him, not permitting any word of his to be without effect.

The other piece of bread in this sandwich we’re building this Sunday is from John’s gospel (Jn 1:35-42), telling how Simon Peter’s brother, Andrew, introduced him to the Hero who saved humanity. This encounter reminds all of us how intimately Our Father knows us and how getting to know Him teaches us who we really are:

Peter also means rock, which became the foundation of our Church. These two readings from the Old and New Testaments dealing with our recognizing God and His helping us recognize ourselves help us digest the substance of the message Paul sends the Corinthians (1 Cor 6:13c-15a, 17-20): that in acknowledging who we are we must protect what we are:

Do you not know that your bodies are members of Christ? But whoever is joined to the Lord becomes one Spirit with him. Avoid immorality. Every other sin a person commits is outside the body, but the immoral person sins against his own body. Do you not know that your body is a temple of the Holy Spirit within you, whom you have from God, and that you are not your own?

We are not our own, but our true identity is all that we own and the only thing we’ll take with us when we leave this world. Let that be food for thought before our culture’s hunger strike draws us into its own spiritual demise.