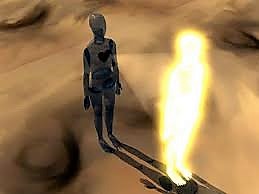 With Rev. Billy Graham’s recent passing, articles about him have reminded us what made icons of faith like him so beloved. It wasn’t just their virtues, but their flaws. One of the lowlights of Rev. Graham’s life was when he was caught making an anti-Semitic remark while conversing with President Richard Nixon—and, unknowingly, with the president’s famous audio taping system. When this tape was made public, Rev. Graham sought forgiveness from the Jewish faith leaders he came to know and respect and from the Lord he had come to serve.

Among Catholics, Saint Teresa of Calcutta earned a similar high standing, not only for her lifetime of service to the poor, but for decades of struggling with her own “dark night of the soul.” Such struggles to avoid the shadows of doubt’s shelter made both of these people accessible role models for the rest of us who are challenged by our own demons of weakness.

This Sunday’s mass readings remind us that it’s impossible for even the best of humanity to save ourselves—from ourselves. Our only hope can be found in God’s grace.  But look how little distance we’ve put between our collective spiritual character and that of our ancestors as documented in the Book of Chronicles, from which our first reading is taken (2 Chr 36:14-16, 19-23). It rings with sickening familiarity.

In those days, all the princes of Judah, the priests, and the people added infidelity to infidelity, practicing all the abominations of the nations and polluting the LORD’s temple which he had consecrated in Jerusalem. Early and often did the LORD, the God of their fathers, send his messengers to them, for he had compassion on his people and his dwelling place. But they mocked the messengers of God, despised his warnings, and scoffed at his prophets.

As beloved as the memories of Reverend Graham and Mother Teresa are, this generation’s darker angels in the media not only chronicled their afore-mentioned flaws, but often self-righteously attacked them for them—therefore justifying the scorn of many in our enlightened secular age. Even if there were a heaven, these voices might say, these overinflated icons don’t deserve the places of honor at God’s table we’ve all reserved for them.

They’re right, of course—but then most of us don’t even belong in the same sentence with those blessed souls, let alone anywhere near God’s front door. We know that because before Jesus died, he reserved that place of honor in his Kingdom for the thief who died next to him. In Sunday’s second reading (Eph 2:4-10), Paul explained to the Ephesians what we all deserve: nothing!

For by grace you have been saved through faith, and this is not from you; it is the gift of God; it is not from works, so no one may boast. For we are his handiwork, created in Christ Jesus for the good works that God has prepared in advance, that we should live in them.

In other words, we are born with a certain capacity for God and we are called to spend a lifetime filling it.  Another Teresa—St. Teresa of Avila—imagined the human soul as an inner castle built for God, as author Ruth Burrows explains in her book about Teresa, Interior Castle Explored:

“For her, spiritual growth is seen as a journey inwards, a penetration of this interior castle. In her understanding, the castle is already there, our souls are, so to speak, ready-made, we have only to get to know them by entering in. … The human creature … comes into the world incomplete, with no possibility of completion within itself or within the bounds of the material world.”

Teresa saw that castle as built of crystal—therefore designed to magnify the light with which it was made to be filled. But as Sunday’s reading from John’s gospel explains (jn 3:14-21), we often imprison ourselves in darkness.

Our departed spiritual heroes were champions at filling their inner capacity for the Divine. Most of us fall short of our spiritual limits by the time our lives end, but that’s humanity’s fate. Our faith saves that fact from proving spiritually fatal.