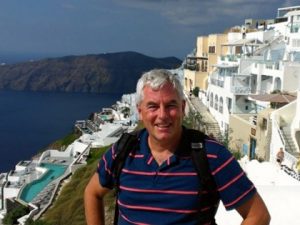 As practitioners in the medical arts, physicians must sometimes go beyond medicine to save lives. They draw from resources in their heart and soul. Some doctors are brave enough to reference faith—a silent force written on their hearts. That describes Stephen Dudley, M.D., a doctor in Shoreline, Wash., who was recently profiled by AAFP News, a newsletter serving members of the American Academy of Family Physicians. For his time-strapped colleagues who must balance the demands of medical bureaucracy against the needs of troubled patients, prayer is sometimes considered a luxury at best or a time-waster at worst. Dudley uses prayer as an essential refocusing tool to remind him of what he’s here for.

“I sometimes pray on my way to work, and when something stressful happens at work, I may pray silently,” he told AAFP News. “It’s important for your work to have purpose, because if work loses its significance, that quickly affects the spirit. … I try to focus on the fact that I am about the Master’s business. It’s my calling. I don’t work for the University of Washington, insurance companies or patients, but rather, I see myself as being in the service of the King.”

Dr. Dudley’s role model is the physician who came to cure humanity’s mortality. Christ described his mission for the Pharisees when they accused him of consorting with the worst of humanity’s sinners:

“Those who are well do not need a physician, but the sick do. I did not come to call the righteous but sinners.”

That describes all of us. And just as Dr. Dudley prays silently to continuously assess God’s will for him, God stays on call for all sinners suffering in the silence of their hearts. If each of us would use such silent interludes to discern our own purpose, each single line of our non-verbal obedience to that discernment could become part of a network, as God tells us through the prophet Jeremiah in Sunday’s first reading (Jer 31:31-34):

I will place my law within them and write it upon their hearts; I will be their God, and they shall be my people. No longer will they have need to teach their friends and relatives how to know the LORD. All, from least to greatest, shall know me, says the LORD.

That’s because what starts as prayer eventually becomes a lifestyle. Dr. Dudley often prays when the stresses and challenges of his practice threaten to become too much for him. He takes comfort in the writings of St. Paul—particularly his letters to the Philippians, written while Paul was in prison “waiting to have his head lopped off by Nero,” Dudley told AAFP News. “That’s an amazing book,” Dudley continued. “Paul states ‘I can do all things through Christ who strengthens me.’ It’s hard to read St. Paul and not get something out of it.”

Prove it for yourself. Take a look at Sunday’s second reading, taken from Paul’s letter to the Hebrews (Heb 5:7-9). Paul goes well beyond his own suffering and explains the value of Christ’s suffering for us.

Son though he was, he learned obedience from what he suffered; and when he was made perfect, he became the source of eternal salvation for all who obey him.

As we strain in prayer to listen for God’s guiding voice, let’s remember Dr. Dudley’s example of making his life a prayer. He gets his answers at work, at home, and even while swimming in Puget Sound. Sunday’s gospel reading from John (Jn 12:20-33) tells us we will hear God’s voice in many ways, as Jesus tells the crowd witnessing his exchange with his disciples:

“I am troubled now. Yet what should I say? ‘Father, save me from this hour’? But it was for this purpose that I came to this hour. Father, glorify your name.” Then a voice came from heaven, “I have glorified it and will glorify it again.” The crowd there heard it and said it was thunder; but others said, “An angel has spoken to him.” Jesus answered and said, “This voice did not come for my sake but for yours. Now is the time of judgment on this world; now the ruler of this world will be driven out. And when I am lifted up from the earth, I will draw everyone to myself.”

Through this gospel Christ models how to pray when troubled. As we follow his example, our answer will come—maybe not as a voice, but in the process of treating someone else’s ills.