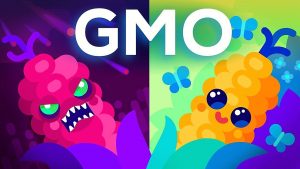 Christ’s resurrection left a fearful church in its wake. That included his original disciples, who until the Holy Spirit broke through their locked doors, were shivering behind them. This Sunday’s first reading recalls one of the bogeymen they feared most: Saul, a notorious persecutor of Christians. Their fear was well-founded, considering he approved of the stoning of Stephen—one of their newest recruits. So all of a sudden, they are to believe that this monster wants to join them?  Grafting Saul to the vine that was Christianity was as unthinkable for them as some people today find the idea of genetically modified organisms.

But Saul was grafted to the vine that is Christ—by the risen Christ himself. He added something the church didn’t have at that point: a member who knew how the opposition thought. That’s because Saul once was the opposition. Grafting a God-Modified Organism like Saul onto the vine of Christ was brilliant for another reason: it didn’t take long for the Master to bring him into fruition as Paul.  Paul soon proved his worth because, although the persecutions he instigated stopped—bringing calm to the sprouting church—he soon grew a target on his own back, as Sunday’s first reading tells us (Acts 9:26-31):

He also spoke and debated with the Hellenists, but they tried to kill him. And when the brothers learned of this, they took him down to Caesarea and sent him on his way to Tarsus. The church throughout all Judea, Galilee, and Samaria was at peace. It was being built up and walked in the fear of the Lord, and with the consolation of the Holy Spirit it grew in numbers.

And as John tells us in our second reading, the fertilizer for this church sprouting with newly pruned and grafted members was love (1 Jn 3:18-24).

“…we should believe in the name of his Son, Jesus Christ, and love one another just as he commanded us. Those who keep his commandments remain in him, and he in them, and the way we know that he remains in us is from the Spirit he gave us.

But that spirit needs constant nurturing to continue growing, because to stop growing means death. Life demands the pain of pruning. Sunday’s gospel reading from John (Jn 15:1-8) should be required reading for all freshly pruned souls, so they can put the suffering of their growth process in context:

“I am the true vine, and my Father is the vine grower. He takes away every branch in me that does not bear fruit, and every one that does he prunes so that it bears more fruit. You are already pruned because of the word that I spoke to you. Remain in me, as I remain in you.

Our food is knowing we’re never alone, even during our growing pains. We are united with the One who nourishes and continuously modifies us. And if a monster like Saul could be grafted onto the vine from which we are all nourished, there’s still hope for the modern world’s monsters to change their diet from fear of death to certainty of eternal life.