People with and without faith see shame as a Catholic thing. They say it’s an instrument church authorities use to control the faithful. Tragically, our church’s sex scandals have earned several of those authorities a place of dishonor in the Catholic Shame Hall of Fame. Pope Francis wrote an open letter to the faithful expressing penitence for these crimes among priests and higher ups. He even identified excessive deference to church hierarchy as an enabler of what’s been happening. 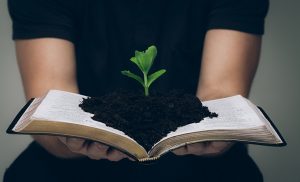 Catholics don’t hold a monopoly on shame, but we should use the experience of one of our church’s highest ups to help us grow out of its bitter soil. Think how Mary, the Mother of Jesus, must have felt when, as told in Luke’s gospel,  (Luke 2: 41-52), she and her husband Joseph lost track of their son after visiting Jerusalem for Passover. Thinking Jesus was among the friends and relatives in their caravan, imagine his parents’ desperation and embarrassment when they had to ask those loved ones if they knew where their son was. It was such a crushing feeling for Mary that it is believed to be among her greatest sorrows. After all, she was chosen as the worthy tabernacle to bring Jesus into the world, so the possibility that she might have lost him before he could fulfill his mission makes it easy to imagine this was Mary’s one and only experience with shame—or something close to it. 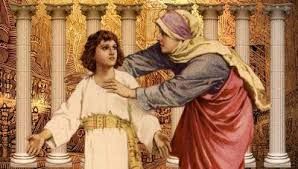 So what does 12-year-old Jesus say to his mother and father when they find him hanging out in the temple back in Jerusalem, impressing the church elders?

“Did you not know that I must be in my Father’s house?”

Teaching was his mission, and he was only doing his job. How could they admonish him for that?

If Mary felt shame, it was unjustified. But what of the modern church’s shame? The ones who committed those heinous crimes had the same calling as Jesus, alternately translated as “I must be about my Father’s work.” What is suitable punishment for turning your vows into lies and stealing the innocence of children?

The secular hierarchy in the media are reporting calls for donation boycotts of Catholic causes. The problem with this approach is that it hurts even more innocents than were originally victimized. Look at the good done by Catholic Charities alone! Specifically, people with disabilities would be among those coming out on the losing end of a boycott. This Sunday’s mass readings offer good meditation material for anyone considering their next move.

The first reading (Is 35:4-7a) recognizes human fear as the cause of much suffering and counsels us to think of the good that comes from faith in the One to whom all faiths report:

Say to those whose hearts are frightened: Be strong, fear not! Here is your God, he comes with vindication; with divine recompense he comes to save you. Then will the eyes of the blind be opened, the ears of the deaf be cleared; then will the lame leap like a stag, then the tongue of the mute will sing.

Those miracles have come true in our modern age of charitable medicine, funded financially by donations and faithfully by prayer. It might be tempting to fund only big-name secular causes, but that form of discrimination causes genuine harm and goes against the kind of discernment our God uses when judging us. Listen to what James tells us in Sunday’s second reading (Jas 2:1-5):

“[When] you pay attention to the one wearing the fine clothes and say, “Sit here, please, ” while you say to the poor one, “Stand there, ” or “Sit at my feet, ” have you not made distinctions among yourselves and become judges with evil designs? Listen, my beloved brothers and sisters. Did not God choose those who are poor in the world to be rich in faith and heirs of the kingdom that he promised to those who love him?”

Church-funded charities help many people who don’t have status or wealth. Many among us suffer the same afflictions described in Scripture, as if such afflictions were a timeless tradition reminding us of our responsibility to be God’s instruments of mercy. There’s still no easy cure for being deaf and dumb—even among those of us who can hear and speak but seldom listen to, or say anything, of transcendent value. Sunday’s gospel message (Mk 7:31-37) speaks directly into our deaf ears. Let’s put ourselves into the role of the afflicted one in it as Jesus again acts in his Father’s name:

People brought to him a deaf man who had a speech impediment and begged him to lay his hand on him. He took him off by himself away from the crowd. He put his finger into the man’s ears and, spitting, touched his tongue; then he looked up to heaven and groaned, and said to him, “Ephphatha!”— that is, “Be opened!” — And immediately the man’s ears were opened, his speech impediment was removed, and he spoke plainly.

The mystery of Mary’s sorrow upon losing her little boy turned to one of our most beloved joyful mysteries when she found him again and learned one of the most important lessons Jesus taught in the temple that day:

“I must be about my Father’s work.” He was speaking for all of us, even though we often fail and fall in that attempt. Let’s not give up on ourselves—even those of us thought to be irredeemable. Jesus died to prove there’s no such thing.