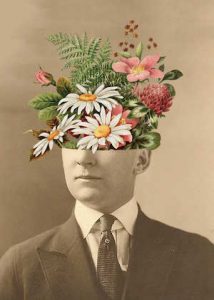 An article in CWRU’s quarterly magazine THINK reports on research being done by Julie Exline, Ph.D. She wants to understand what makes people believe that some life events are the result of supernatural forces—including God. Exline says, “A person who sees something as supernaturally ordained or communicated could also engage in behaviors that could be very positive, such as philanthropy, or dangerous, such as acts of violence. We are missing something important about people’s explanations for events if we overlook the supernatural angle.”

We miss a lot by over-hyping it too. What Exline might be missing in her research is the miracle of those who show the Word of God to be a natural force living in them, among them and after them. Supernatural forces don’t explain how the Catholic Church survived the scandals perpetrated by evil men within its hierarchy over the centuries. Naturally faithful people can, though. On the Wall Street Journal’s Letters to the Editor page recently, under the headline, “Why the Roman Catholic Church will Endure,” churchgoer Charlie Archer of St. Louis wrote: “We take Christ’s words seriously that the Eucharist is his body and blood. We love Jesus Christ and we love people, so we want to bring Christ into their lives.”

Christ remains at work through all of his disciples past, present and future. That His Word survives humanity’s natural term limits is in itself natural, as is made clear in the Epistle to the Hebrews, excerpted for this Sunday’s second reading (Heb 7:23-28):

The levitical priests were many because they were prevented by death from remaining in office, but Jesus, because he remains forever, has a priesthood that does not pass away. Therefore, he is always able to save those who approach God through him, since he lives forever to make intercession for them.

The scribe in Sunday’s gospel reading (Mk 12:28b-34) who asks Jesus to reveal the greatest of God’s commandments is like that CWRU researcher looking for the key to eternity. Both want to understand what motivates us toward God. When Jesus answers in a way the scribe understands—that the love of God and neighbor must be our driving forces—and the scribe then acknowledges the truth Jesus speaks to him, Jesus reveals the answer everyone seeking God longs to hear:

“You are not far from the kingdom of God,” he says.

Dr. Exline needs to learn what Dorothy and her friends did at the end of the Wizard of Oz—that the heroic virtues they sought were available to them any time during their quest for them.  They just needed to look within. Exline does conclude that people are finding it easier to hold both natural and supernatural beliefs—that a hurricane can be caused and controlled by nature and by God, for example. But by focusing too much on surviving our journey we tend to forget what’s more important: how to live it. Sunday’s first reading (Dt 6:2-6) proves that humanity has known that since Moses brought the commandments down from Mount Sinai:

“Fear the LORD, your God, and keep, throughout the days of your lives, all his statutes and commandments which I enjoin on you, and thus have long life.”

What happens after that will take care of itself–naturally.