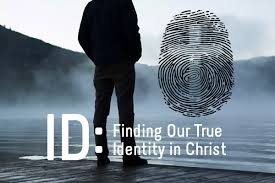 Here’s an uncomfortable thought: Maybe Peter, the rock upon which Christianity was built, wasn’t lying when he denied three times that he knew Jesus. This occurred to me the other morning while jogging in the dark. We’re all like Peter.  I think I actually ran into Jesus that morning and didn’t recognize him until he had gone. Well, he almost ran into me—apparently several times in the recent past while we were both traveling this same dark road. He was in a car, though.

On the morning in question my jog was interrupted by a beep and a voice coming from behind me, saying excuse me.  Peering into his headlights toward the voice, a hand holding a reflective vest extended out to me. “This is for you.” Then he drove off.

If this wasn’t Jesus in the flesh looking out for my safety, it was his spirit filling the heart of one of us. I figured, no wonder Christ had such a hard time during his original 33-year mission on earth. Most people didn’t really realize who he was until he was gone. This Sunday’s mass readings for Palm Sunday document that. We repeatedly witness this confusion about his identity.

Those in Jerusalem who believed they knew the man riding into their city amidst cheers of adulation thought they were welcoming a conquering hero. They expected him to end their oppression by the Romans as soon as he dismounted the ass he was riding. Wait, what kind of conqueror chooses such a lowly vehicle to make an entrance?

And when he entered Jerusalem the whole city was shaken and asked, “Who is this?” And the crowds replied, “This is Jesus the prophet, from Nazareth in Galilee.” (Mt 21:1-11)

Of course, Jesus himself spent his earthly life realizing who he was. The prophets and psalmists of old helped him, and Jesus would quote them at various points throughout his life. Sunday’s reading from Isaiah (Is 50:4-7) probably gave him the strength he needed to face the trials that would follow his last supper.

The Lord GOD is my help, therefore I am not disgraced; I have set my face like flint, knowing that I shall not be put to shame.

So, with this prophetic preparation, Jesus used his humble ride into Jerusalem to announce who he was. And the people who met him at the entrance to Jerusalem would eventually come to realize what Paul told the Philippians many years later (Phil 2:6-11):

But throughout our reading of his Passion according to Matthew this Sunday (Mt 26:14—27:66) , notice how many people surrounding Jesus think they already know exactly who this stranger is—and why he’s there. Judas is the prime example, for if he really knew Jesus’ identity, would he have betrayed his master with a kiss? Then, right after that kiss, Peter (who is identified in John’s account) cuts off the ear of the high priest’s servant—believing Jesus is the one who needs saving. Jesus rebukes him:

“Put your sword back into its sheath, for all who take the sword will perish by the sword. Do you think that I cannot call upon my Father and he will not provide me at this moment with more than twelve legions of angels? But then how would the Scriptures be fulfilled which say that it must come to pass in this way?”

At this point Peter obviously still has a lot to learn about his Master’s mission. He would eventually have to battle all the false identities Christ’s enemies tried to create. As Matthew tells us,

The chief priests and the entire Sanhedrin kept trying to obtain false testimony against Jesus in order to put him to death.

Pilate himself keeps asking Jesus if he is really King of the Jews—therefore a rival to Caesar. Of course Pilate didn’t realize that this heavenly king has no rivals. Matthew’s account is filled with such ignorance, from those who sentenced Jesus, to those who scourged him, to those who crucified him and even those who died with him.

Let him come down from the cross now, and we will believe in him. He trusted in God; let him deliver him now if he wants him. For he said, ‘I am the Son of God.'” The revolutionaries who were crucified with him also kept abusing him in the same way.

Not until Jesus commends his spirit and all hell breaks loose do people finally understand who this was.

The centurion and the men with him who were keeping watch over Jesus feared greatly when they saw the earthquake and all that was happening, and they said, “Truly, this was the Son of God!”

Jesus made several appearances to his friends after his death. During his life Jesus made clear to his disciples that even after his resurrection it was up to them to maintain his earthly presence.  Jesus has walked the face of the earth ever since, letting his light shine on the darkest streets so that even the most clueless joggers are reminded of his true identity. We are all called to steal that identity and reflect Christ’s light for each other. I now wear that vest in proud testimony.