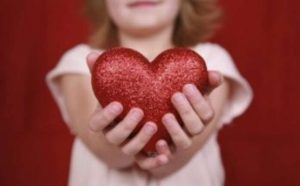 What’s the first Christmas gift you remember receiving? Whatever it was, it was probably what you always wanted—and it was also probably from mom and/or dad. Somehow they always knew your heart’s desire.

Now, do you remember the first Christmas gift you ever gave mom or dad? I do. It was an egg cooker for my mom. Not exactly what someone who cooked for our living might have wished for, but to an eight-year old who believed everything the Spencer Gifts catalog told him, it was just what Mom needed. The expression on Mom’s face when she opened the package said what was in her heart: “How cute.” Translation: It’s useless, but because it’s from you it’s priceless.

“How cute” must have been in God’s heart when King David thought to build something more suitable than a tent to house the Ark of the Covenant.  This is what He actually said, according to the Book of Samuel, from which we take our first reading this Sunday (2 Sm 7:1-5, 8b-12, 14a, 16 ):

“Should you build me a house to dwell in?’ It was I who took you from the pasture and from the care of the flock to be commander of my people Israel. I have been with you wherever you went, and I have destroyed all your enemies before you.”

From the same humble origins God gave humankind another gift that his children could never hope to equal. Salvation. Mary was the ark God chose to house His new covenant, and not even the great King David, who shared the same bloodline with Jesus, had the sanctifying grace to equal God’s choice to shelter our Savior.  It was by that grace that Mary used her free will to accept the awesome gift and responsibility God offered her through His messenger, Gabriel, as Sunday’s gospel reading tells us (Lk 1:26-38):

“Behold, you will conceive in your womb and bear a son, and you shall name him Jesus. He will be great and will be called Son of the Most High, and the Lord God will give him the throne of David his father, and he will rule over the house of Jacob forever, and of his kingdom there will be no end.” But Mary said to the angel, “How can this be, since I have no relations with a man?” And the angel said to her in reply, “The Holy Spirit will come upon you, and the power of the Most High will overshadow you. Therefore the child to be born will be called holy, the Son of God. … Mary said, “Behold, I am the handmaid of the Lord. May it be done to me according to your word.”

That humility set Mary apart from most of us status-seeking humans. Even the people her son selected to carry on his earthly mission to spread the gospel couldn’t resist the kind of one-upmanship that characterized the original sin from which only Mary was spared. Jesus stamped it out among his original twelve apostles, but after his resurrection it was up to Paul to remind his growing church to remain faithful to the Holy Spirit they were selected to safeguard.

Sunday’s second reading is Paul’s doxology (Rom 16:25-27), or the praise to God with which he or one of his colleagues closed Paul’s letter to the Romans. But before getting to this point in Paul’s letter, he did the hard work of introducing a bunch of strangers to each other so that they would come to know and love each other and collaborate to spread God’s gift throughout the world. Paul knew that couldn’t happen if everyone let their egos trick them into believing THEY were God’s gift to mankind.

“I urge you, brothers, to watch out for those who create dissensions and obstacles, in opposition to the teaching that you learned; avoid them for such people do not serve our Lord Christ but their own appetites, and by fair and flattering speech they deceive the hearts of the innocent.”

The fact Paul’s words survived the centuries to be heard in today’s church is a testament to the power of God’s gift that Mary’s “yes” made possible. What can we give back to God in return? Something that he really wants? Maybe a better version of ourselves. Mary gave of herself—all that she was—to shelter the new covenant between us and Our Father. Giving back to God as fully as Mary did requires our giving continuous shelter to his gift of the Holy Spirit—then returning His investment with interest. Doing that with the grace Mary did is the gift God always wanted—for and from us.