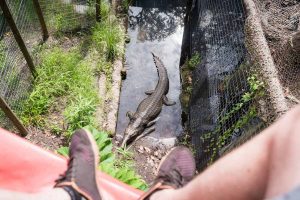 A wise management axiom goes, “if you’re not afraid, you don’t understand the situation.” That may be why the business world seems to love reluctant leaders. According to a recent article in the “bible” of the business world, the Harvard Business Review, “the people most enthusiastically granted the power to lead by their peers are individuals who seem reluctant to do so. … They don’t exhibit the political behavior associated with raw ambition. … They display the attitude toward leadership that it is not work one would choose, only a responsibility that should be shouldered by ‘one of us.’”

Most of the great leaders depicted in the Bible of the Judeo-Christian world fall into this category as well. Their stories are as relevant to leading a successful life as the biographies of Jeff Bezos or Steve Jobs. This Sunday’s mass readings alone might be good case studies for business students.

The first is from the Book of Jonah (Jon 3:1-5, 10). It picks up after Jonah learned a tough lesson about the price of shirking his call of duty. The story of Jonah begins,

After a storm nearly takes the lives of all aboard the escape ship, Jonah finally gets it. He ignored his duty to the detriment of others. He tells his shipmates to toss him overboard so they may not suffer for his mistake. After they do as he directed, a whale swallows Jonah and eventually spits him back to safety. Now the reluctant Jonah is ready to embrace his mission in Nineveh: to warn them of God’s justice and their sin.

“Forty days more and Nineveh shall be destroyed,” Jonah shouted. “When the people of Nineveh believed God; they proclaimed a fast and all of them, great and small, put on sackcloth. When God saw by their actions how they turned from their evil way, he repented of the evil that he had threatened to do to them.”

Mission accomplished! All thanks to the reluctant Jonah’s leadership. Paul of Tarsus may have been the Jonah of the New Testament. St. Paul’s Before-Christ life was spent as an anti-Christ. He wasn’t just a reluctant non-believer, he was a passionate persecutor. From a management perspective, you could respect his passion, but passion misapplied is worse than reluctance to do the right thing. Paul had a Jonah-like lesson in getting his mind right during his Road to Damascus conversion to Christ. That lesson contributed to the lesson he gave the Corinthians in the letter excerpt we read this Sunday (1 Cor 7:29-31):

I tell you, brothers and sisters, the time is running out. From now on, let those having wives act as not having them, those weeping as not weeping, those rejoicing as not rejoicing, those buying as not owning, those using the world as not using it fully. For the world in its present form is passing away.

When faith accompanies reluctance, the result can be a life full of passionate prayers—and hope. Such are the lives of all saints. Even unspoken prayers felt deep in the hearts of the most reluctant among us are heard and answered. In fact, it might be the least reluctant among us who need a bit more of life’s seasoning—so they can begin to understand their situation. That seemed to be the lot of Jesus’ original 12 disciples as he started recruiting them. Sunday’s gospel reading (Mk 1:14-20) leaves us with the impression that, under normal circumstances and another boss, these guys might have come to regret their non-reluctant lightning-quick “yes” to the invitation they received.

As he passed by the Sea of Galilee, he saw Simon and his brother Andrew casting their nets into the sea; they were fishermen. Jesus said to them, “Come after me, and I will make you fishers of men.” Then they abandoned their nets and followed him. He walked along a little farther and saw James, the son of Zebedee, and his brother John. They too were in a boat mending their nets. Then he called them. So they left their father Zebedee in the boat along with the hired men and followed him.

These men didn’t stop to think what following Jesus implied. If they had done so before abandoning their nets, maybe none of them would have been around to abandon Jesus when he suffered the agony of his own reluctance in the Garden of Olives on the eve of his crucifixion. Of course they might also have answered “no thanks” upon realizing that saying yes would lead to a fate similar to their Master’s.  But Jesus was not reluctant about opening a bridge for his disciples to cross over to him. His is a church of bridges inviting everyone to drop what they’re doing in their world and cross over. Doing so while reluctant takes the courage that comes from faith.

Bertrand Russell, the famous intellectual and philosopher of the early 20th century, supported several of Christ’s teachings, but not the one about faith. Therefore—maybe even reluctantly—he ended up arguing against crossing over to Christianity. Still, something Russell said about reluctance applies to all potential believers:

“Sometimes the hardest thing in life is to know which bridge to cross and which to burn.”

The bridge to Christ is self-burning once believers get over their reluctance to cross it. It leaves the world behind as you follow the surviving span into your heart.