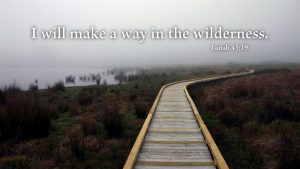 Jesus didn’t have much use for hypocrites—those intelligent “authorities” who liked telling people how to live but relished even more representing themselves as something they weren’t: wise.

We have modern-day Pharisees in every field today—politics, showbiz, science, even in our church’s hierarchy. Many have enjoyed preaching about human rights and the golden rule until they were caught living the lie of stolen wisdom. These sophisticates used their surface appearances to complicate the truth of who they really were and what they did in the dark. In the Bible, there’s much to be said for the wisdom of truth’s simplicity. This Sunday’s mass celebrates wisdom’s virtue. The first reading from Proverbs (Prv 9:1-6) issues an invitation to this celebration:

“Let whoever is simple turn in here; to the one who lacks understanding, she says, Come, eat of my food, and drink of the wine I have mixed! Forsake foolishness that you may live; advance in the way of understanding.”

Jesus, the embodiment of wisdom, offers us the same invitation to his Father’s feast in the gospel reading (Jn 6:51-58):

“The bread that I will give is my flesh for the life of the world,” he says. The Jews quarreled among themselves, saying, “How can this man give us his flesh to eat?” … [Jesus replies,] “Just as the living Father sent me and I have life because of the Father, so also the one who feeds on me will have life because of me.

Paul offers the recipe for living that life authentically (Eph 5:15-20):

Brothers and sisters: Watch carefully how you live, not as foolish persons but as wise, making the most of the opportunity, because the days are evil. Therefore, do not continue in ignorance, but try to understand what is the will of the Lord.

Paul calls life an opportunity. Some modern day scientific gurus call life a coincidence. It comes down to the question of how we define human life. A Wall Street Journal Op-Ed about the sex scandal involving Cardinal Theodore McCarrick states that because of the church’s perceived fall from wisdom among detractors in the intelligentsia, the modern debate about the sanctity of life is not so much about humanity’s relationship to God, but what constitutes a human person.

Who’s having this debate? WSJ identifies the two sides:

“Those who posit [a person] as but a physical combination of matter and energy, or those who believe him, as the Eighth Psalm puts it, only ‘a little lower than the angels.”

This blog once argued, where the Holy Eucharist is concerned, “We are what we eat.”  The intelligentsia of Christ’s day couldn’t understand how they could eat his flesh. That’s because they didn’t understand the simplicity of his recipe:

“I am the way and the truth and the life. No one comes to the Father except through me.”