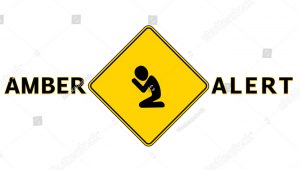 If you’ve ever received an AMBER alert on your smart phone (from America’s Missing: Broadcast Emergency Response network), the missing person it was about probably wasn’t anyone you knew—that you know of. That’s true with most people, which means the message is quickly deleted and sometimes even cursed at as a waste of time.

Like the Gospel, an AMBER alert doesn’t choose who hears it. To have their intended effects, both messages must be broadcast to everyone so someone can be saved. It is the hearer’s responsibility to act, and when they do, THEIR hearer must then act. In both cases, salvation can be impeded by disbelief. Besides the small likelihood that the hearer will make any connection to the message, there are enough scams involving AMBER alerts to further threaten the program’s effectiveness. If you can’t trust the messenger, the message is tainted as well. That’s the conundrum facing the faithful as described in this Sunday’s mass readings. The Old Testament and Gospel accounts are spiritually connected.

In the first reading from the book of Numbers (Nm 11:25-29), the elders from the community under Moses’ guidance are filled with the Spirit and begin prophesying. Two elders not present among them at the time—Eldad and Medad—also receive the Spirit’s message and prophesy to those within earshot. How could these two be believed? They weren’t among those in the assembly on the receiving end of the Spirit’s message! Something had to be done about these phonies.

So, when a young man quickly told Moses, “Eldad and Medad are prophesying in the camp,” Joshua, son of Nun, who from his youth had been Moses’ aide, said, “Moses, my lord, stop them.” But Moses answered him, “Are you jealous for my sake? Would that all the people of the LORD were prophets! Would that the LORD might bestow his spirit on them all!”

That’s the idea behind both the AMBER alert program and the Gospel. The more people who get the message, the more likely someone will be saved. Maybe that’s why instead of feeling threatened by the idea of a couple scammers, where the Spirit of Salvation is concerned, the more carriers the merrier. That seems to be Jesus’ attitude in Sunday’s gospel reading when his disciples raise a similar scammer alert (Mk 9:38-43, 45, 47-48).

“Teacher, we saw someone driving out demons in your name, and we tried to prevent him because he does not follow us.” Jesus replied, “Do not prevent him. There is no one who performs a mighty deed in my name who can at the same time speak ill of me. For whoever is not against us is for us. Anyone who gives you a cup of water to drink because you belong to Christ, amen, I say to you, will surely not lose his reward.

Good information has value. Gaining access to the Gospel’s truth is a reward in itself, but if hoarded, it does no good and is therefore, wasted. Unshared truth is not only wasted, it does great harm—just as an AMBER alert unacted upon by someone who can do the most good with it, causes great harm. In our second reading, James offers this warning to hoarders (Jas 5:1-6):

Come now, you rich, weep and wail over your impending miseries. Your wealth has rotted away, your clothes have become moth-eaten, your gold and silver have corroded, and that corrosion will be a testimony against you; it will devour your flesh like a fire. You have stored up treasure for the last days. Behold, the wages you withheld from the workers who harvested your fields are crying aloud; and the cries of the harvesters have reached the ears of the Lord of hosts. 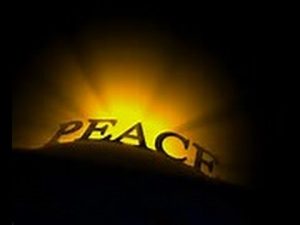 Salvation is delivered through the rich in spirit. They were once poor, but by the grace of God, inspiration made them both the architects and the inheritors of the Kingdom of God. What they are building with God’s guidance is better than just an amber network; it’s a golden opportunity but with the same objective: to save someone.