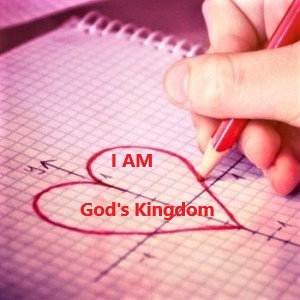 For earthbound scientists, humans are creatures governed by brains, not souls. Conscience and morality are ignited by pleasure-inducing brain juices released during times God-believers might classify as holy—such as the love between a mother and child, or cooperation among neighbors. For Patricia Churchland (I didn’t invent that name, I promise), professor of philosophy and author of a new book titled Conscience, what we might consider the realm of the spiritual is nothing more than chemical. In an interview posted on YouTube, she classifies her beliefs as “naturalization of the mind.”

“The way the data are now, it’s pretty clear that we think, feel, make decisions and plan as a result of physical processes in the brain,” she says. “There is no non-physical mind or soul or spooky stuff of the kind that might survive the death of the brain.”

For her, morality is, as a book review in the Wall Street Journal put it, “a scaffold of rules that, if we observe them, elicits the pleasurable brain chemicals that evolved to encourage behavior suited to the survival of our species.”

What would Jesus say to Dr. Churchland about her staunch belief in our mortality? Maybe he’d tell her what he tells his disciples in this Sunday’s gospel reading (Lk 10:1-12, 17-20) as he sends them out to spread the immortal Word of God:

Behold, I have given you the power to ‘tread upon serpents’ and scorpions and upon the full force of the enemy and nothing will harm you.  Nevertheless, do not rejoice because the spirits are subject to you, but rejoice because your names are written in heaven.”

Churchland seems to rejoice in her slavery to natural forces. She understands formulas written in books—many of which bear her ironic name and have many staunch believers. But the Author of Life didn’t want his believers to boast about being impervious to natural forces. He wanted them to proclaim the force that helped them rise above our frail human nature. In Sunday’s second reading, Paul isn’t above that kind of boasting. In fact, he embraces the pain that the natural force of human evil inflicted on him and his Master because laws governing the flesh are irrelevant in the spiritual realm of God’s Kingdom (Gal 6:14-18):

May I never boast except in the cross of our Lord Jesus Christ, through which the world has been crucified to me, and I to the world. For neither does circumcision mean anything, nor does uncircumcision, but only a new creation.

The formula for that creation is short and written on our soul. It is the signature of our author and it infinitely multiplies our worth. We make joy from this formula and share it with others so our hope will become communicable. The feeling we get is like that between a mother and child—or a motherland and her citizens, as expressed in Sunday’s first reading from Isaiah (Is 66:10-14c):

I will spread prosperity over Jerusalem like a river, and the wealth of the nations like an overflowing torrent.  As nurslings, you shall be carried in her arms, and fondled in her lap; as a mother comforts her child, so will I comfort you.

That comfort surpasses chemistry and gets eternal life from the formula for God’s Kingdom written on our soul: I AM.