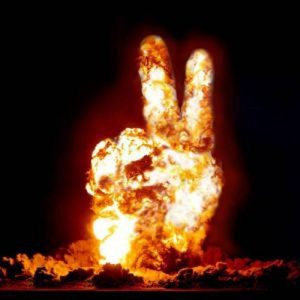 This Sunday, as we celebrate Matthew’s account of the radiant transfiguration of Christ, we should also be aware of the apocalyptic subtext nearby.  A few chapters later, Matthew has Jesus citing the prophet Daniel whose book also happens to provide Sunday’s first reading (Dn 7:9-10, 13-14). Together, Matthew and Daniel let us in on a handshake of prophets across the centuries as Daniel also seems to cite the arrival of Jesus, as witnessed in a dream:

As the visions during the night continued, I saw: One like a Son of man coming, on the clouds of heaven; when he reached the Ancient One and was presented before him, the one like a Son of man received dominion, glory, and kingship; all peoples, nations, and languages serve him. His dominion is an everlasting dominion.

Jesus took Peter, James, and his brother, John, and led them up a high mountain by themselves. And he was transfigured before them; his face shone like the sun and his clothes became white as light. And behold, Moses and Elijah appeared to them, conversing with him. Then Peter said to Jesus in reply, “Lord, it is good that we are here. If you wish, I will make three tents here, one for you, one for Moses, and one for Elijah.” While he was still speaking, behold, a bright cloud cast a shadow over them, then from the cloud came a voice that said, “This is my beloved Son, with whom I am well pleased; listen to him.”

And what does the Son of God say? By chapter 24 of Matthew Jesus is citing the warnings his father was sending to humanity through Daniel, which we can find by finishing the chapter of Daniel we start this Sunday:

My spirit was anguished and I, Daniel, was terrified by my visions. … Then I wished to make certain about the fourth beast, so very terrible and different from the others, devouring and crushing with its iron teeth and bronze claws, and trampling with its feet what was left; and about the ten horns on its head, and the other one that sprang up, before which three horns fell; and about the horn with the eyes and the mouth that spoke arrogantly, which appeared greater than its fellows. For, as I watched, that horn made war against the holy ones and was victorious until the Ancient of Days came, and judgment was pronounced in favor of the holy ones of the Most High, and the time arrived for the holy ones to possess the kingship.

Of Daniel’s account, Jesus says:  “When you see the desolating abomination spoken of through Daniel the prophet standing in the holy place (let the reader understand), then those in Judea must flee to the mountains.” (MT 24: 15-16)

So as we contemplate Christ’s transfiguration this Sunday, from Daniel’s dream vision to Peter’s waking vision, think of what it means for our own transfiguration. In Sunday’s second reading from Peter (2 Pt 1:16-19), he seems to be telling our present generation, “Wake up! The time for dreaming is over!”

We did not follow cleverly devised myths when we made known to you the power and coming of our Lord Jesus Christ, but we had been eyewitnesses of his majesty. For he received honor and glory from God the Father when that unique declaration came to him from the majestic glory, “This is my Son, my beloved, with whom I am well pleased.” We ourselves heard this voice come from heaven while we were with him on the holy mountain.

We should read Peter’s recollection of the transfiguration he witnessed as a direct call to action for people living amidst the real horrors of pushbutton annihilation—from which there is no earthly escape. Peter was transformed along with his Master on that mountain: into a prophet for a new generation. Reading Daniel’s account, his nightmarish monsters seem more like “Where the Wild Things Are” than the real beasts of mass destruction we face today.  But we’ve been blessed with the luxury of having seen what our horrors will look like and what they will do when deployed. A Peter-like transfiguration is our calling. Life is too short not to make peace where we can–especially in our own families. We are called to help each other become what God created us to be: his children.