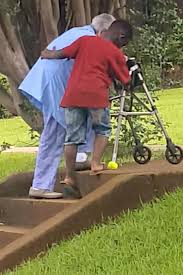 See if you can guess where and when the following text first appeared:

“A good turn need only be a very small one; if it is only to put a halfpenny into a poor box, or to help an old woman to cross the street, or to make room on a seat for someone, or to give water to a thirsty horse, or to remove a bit of banana skin off the pavement where it is likely to throw people down, it is a good turn. But one must be done every day, and it only counts as good when you do not accept any reward in return.”

That directive first appeared in the “Scouting for Boys” manual in 1908—put out by the Boy Scouts of America. Note, it doesn’t require heroic life-saving sacrifices, just small ones. But they must be done regularly. Much has changed in the Boy Scouts organization since then, but the philosophy of small gestures paying huge dividends still holds—and dates back much further than 1908. Sunday’s mass readings prove the heart of this directive appears several times in the Old and New Testaments of the Church’s scouting manual. It demonstrates the potential energy God packs into small packages. The first example of this comes from the Prophet Ezekiel (Ez 17:22-24): 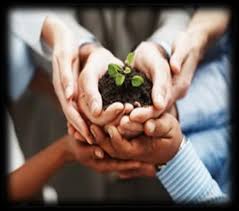 I, too, will take from the crest of the cedar, from its topmost branches tear off a tender shoot, and plant it on a high and lofty mountain; on the mountain heights of Israel I will plant it. It shall put forth branches and bear fruit, and become a majestic cedar. Birds of every kind shall dwell beneath it, every winged thing in the shade of its boughs. And all the trees of the field shall know that I, the LORD, bring low the high tree, lift high the lowly tree.

“The kingdom of God … is like a mustard seed that, when it is sown in the ground, is the smallest of all the seeds on the earth. But once it is sown, it springs up and becomes the largest of plants and puts forth large branches, so that the birds of the sky can dwell in its shade.”

What motivates a Scout is the same thing that motivates all good souls: the need to do our duty—without fanfare. And even that requirement isn’t original with the Scouts. Check out Matthew Chapter 6:

“[But] take care not to perform righteous deeds in order that people may see them; otherwise, you will have no recompense from your heavenly Father. When you give alms, do not blow a trumpet before you, as the hypocrites do in the synagogues and in the streets to win the praise of others. Amen, I say to you, they have received their reward. But when you give alms, do not let your left hand know what your right is doing, so that your almsgiving may be secret. And your Father who sees in secret will repay you.

Our faith is based on the idea of pleasing an unseen Father and being rewarded with the knowledge that we are doing His will, as Paul tells us in this Sunday’s second reading (2 Cor 5:6-10):

“We aspire to please Him, whether we are at home or away. For we must all appear before the judgment seat of Christ, so that each may receive recompense, according to what he did in the body, whether good or evil.”

These days the idea of a kid—or anybody heavily influenced by the selfish world of social media–helping a little old lady do anything is so unusual that it makes national news and gets turned into viral videos. We end this week’s blog with the video that gave Mr. Riley Duncan his 15-minute allotment of viral fame a few weeks ago. He recorded it on his smart phone and fed it to the news and social media. Sharing his spotlight is his video’s star: little Maurice Adams Jr.—not a Boy Scout, but someone with all the right stuff detailed in the organization’s 110-year-old manual. Maurice personifies the potential packed into the tiniest mustard seeds and cedar shoots. Enjoy his small but mighty good deed.