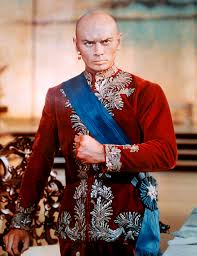 In the movie version of “The King and I,” The king of Siam (played by Yul Brynner) decides to stage his subjects’ version of the American classic novel, “Uncle Tom’s Cabin.” He wants to convince visiting Western diplomats that his is not a country of heathens worthy of conquest. Unknowingly, he also proves that this story about slaves and their slave masters is as relevant in his own heart and among his own subjects as it is to the God–fearing European honchos he’s hosting. 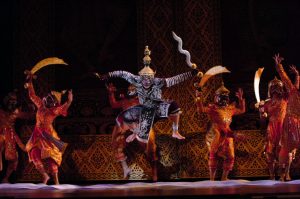 This is a king whose subjects bow down to him like slaves. He likes that feeling of mastery. He likes it so much, the idea of losing that feeling consumes him—which is why he tries to impress bigger, “more civilized” nations that he is a strong and a worthy ally, and not worthy of being considered their next conquest. Leading up to his subjects’ staging of “The Small House of Uncle Thomas,” this king ponders the “puzzlement” of kingship:

Some of the most noteworthy kings throughout history have been like this fictitious royal heathen. Take King Herod “The Great,” for example. He believed his biggest rival was a newborn, destined to be “King of the Jews.” 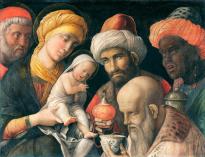 Another word for heathen in scripture is Gentile, or non-Jew. Herod was raised a Jew, but allied himself with the powers of Rome. This Sunday we remember Herod and the three heathen “kings” (or magi, or astrologers, as tradition has also called them) who crossed paths with him. These three travelers had an epiphany inspiring them to find and welcome into the world the man who would be king over all people, Jews and gentiles alike. This new-style king would rule over all and set all souls free who sought freedom from their earthly enslavements. As Paul tells the Ephesians in Sunday’s second reading (Eph 3:2-3a, 5-6), that invitation is sent to everyone, kings and knaves, religious and heathens:

The Gentiles are coheirs, members of the same body, and copartners in the promise in Christ Jesus through the gospel.

The birthplace of this King would attract subjects from around the world, as the Prophet Isaiah predicts in our first reading (Is 60:1-6). Its humble but shining radiance still beckons freedom-searching slaves out of their gaudy darkness.

Nations shall walk by your light, and kings by your shining radiance. Raise your eyes and look about; they all gather and come to you: your sons come from afar, and your daughters in the arms of their nurses.

Yul Brynner’s King of Siam in “The King and I” eventually realizes he has been deceiving himself—that he was no different from Uncle Tom’s Simon Legree in keeping slaves among his subjects. Sunday’s gospel reading (Mt 2:1-12) shows that in Herod’s case, he knew the truth about the arrival of the one true king of kings—and was ready to advance beyond deception to murder so he could plunge his subjects back into his realm of darkness. But these magi, whether they were kings or astrologers, came a long way to share the epiphany of light the Holy Spirit sent them and continues to send the rest of us heathens.

Magi from the east arrived in Jerusalem, saying, “Where is the newborn king of the Jews? We saw his star at its rising and have come to do him homage.” When King Herod heard this, he was greatly troubled … He sent them to Bethlehem and said, “Go and search diligently for the child. When you have found him, bring me word, that I too may go and do him homage.”

Herod only knew how to pay homage to the fear that mastered him. Hate attached itself to his earthly legacy and was eventually buried with him. At the same time, from a little town identified only by a star, love ascended and made an eternal home in the souls of the heathen kings, knaves and slaves who found its light.

Now enjoy the Puzzlement of leadership that the best rulers of the world struggle with as they search for wisdom from a higher source (Courtesy of “The King & I”):