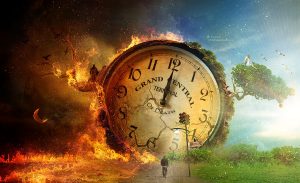 Christians have both feet firmly planted in the opposing worlds of two Adams. The first Adam was a slave to his world while the second reigns over his. The first world is carnal, the second, spiritual. The first loves war, the second is love. Trying to live in both worlds ties us into knots of confusion. You can find some of the greatest examples of human love in times of war and see some of our deepest hatreds hidden among those gathered to celebrate sacraments of love—both weddings and funerals.

For Christians, this struggle is The Cost of Discipleship. That’s also the title of a book written by 20th century martyr, Dietrich Bonhoeffer. He wrote while awaiting execution in a Nazi death camp. Bonhoeffer, a Lutheran pastor, and his family were captured as they worked with the Resistance to defeat Hitler. His faith and courage as a prisoner so impressed his guards that some of them in loving respect smuggled his papers and poems to the outside world.  Yet his struggle with his humanity is evident in his writing. This is from his poem, WHO AM I?:

They tell me I bore the days of misfortune equably,

Am I then really that which other men tell of?

Or am I only what I myself know of myself?

Restless, longing and sick, like a bird in a cage,

Struggling for breath, as though hands were compressing my throat,

Yearning for colors, for flowers, for the voices of birds,

Thirsting for words of kindness …

Weary and empty at praying and thinking, at making,

Faint and ready to say farewell to it all …

… Is something within me still like a beaten army,

The survival of Bonhoeffer’s writings proved he was victorious over his struggle to find and spread God’s love. Imprisoned in a world of war, he found freedom in the following prayer for brotherhood that survived him and the camps of Nazi Germany:

“To serve our brother, to please him, to allow him his due and let him live, is the way of self-denial, the way of the cross.”

David stood on a remote hilltop at a great distance from Abner, son of Ner, and the troops. He said: “Here is the king’s spear. Let an attendant come over to get it. The LORD will reward each man for his justice and faithfulness. Today, though the LORD delivered you into my grasp, I would not harm the LORD’s anointed.”

21st Century Christians recognize they still suffer from the curse of the first Adam, often longing for the satisfaction of revenge for real or imagined slights. But even in the first century of Christianity, Paul was predicting our inheritance from the Second Adam. This is from Sunday’s second reading (1 Cor 15:45-49):

It is written, The first man, Adam, became a living being, the last Adam a life-giving spirit. …  Just as we have borne the image of the earthly one, we shall also bear the image of the heavenly one.

Dietrich Bonhoeffer took the following words of the second Adam in this Sunday’s gospel (Lk 6:27-38) and bore them throughout his wartime suffering and into the post-war survival of his work:

Love your enemies, do good to those who hate you, bless those who curse you, pray for those who mistreat you. To the person who strikes you on one cheek, offer the other one as well … lend expecting nothing back; then your reward will be great and you will be children of the Most High, for he himself is kind to the ungrateful and the wicked.

Let’s conclude by answering Bonhoeffer’s poetic questions seeking spiritual identity while imprisoned by flesh, using his own words, and straightening out once and for all which Adam is our true Brother:

Who am I? They mock me, these lonely questions of mine.

Whoever I am, Thou knowest, Oh God, I am Thine!